e have three things that we think are Community Spotlight-worthy this week. And we don't feel like choosing between them or making them fight to the death for our amusement, so we're just going to give you all three. You're welcome.

Rise of the Eldrazi R&D Chat

Do you want to know more about the creation of Rise of the Eldrazi? Do you like chatting? Are you a big fan of Brian Tinsman and Erik Lauer? Well, Thursday, April 22 at 3:00pm PDT, all of your interests will align!

More information is available here in the official Magic group on the Wizards of the Coast Community.

Playing the Game and Seeing the World

On Star City Games, Alexander West shared a story of Grand Prix–Kuala Lumpur. Well, really it's just about the many non-Magic activities he and his crew got up to during that leg of their swing through the Asian Grand Prix circuit.

We're highlighting this article for two reasons. First, it has a great picture of fish eating dead skin off of feet. Creepy! And second, it gives us an excuse to show our video of the monkey-laden Batu Caves from the Pro Tour in Kuala Lumpur in 2008. 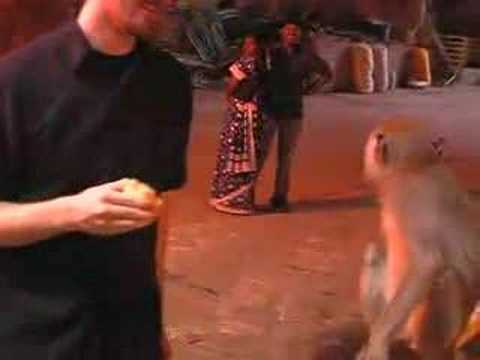 If you're going to be in San Juan, we recommend joining the official group. This isn't just for people playing in the main event; we'll be posting updates and useful information about artists, gunslingers, and public events. And during the weekend of May 28-30, we'll be liveblogging the festival that takes place around the Pro Tour. That's right: full coverage of Massive Magic. Finally.