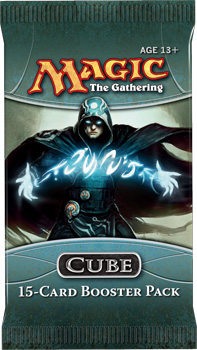 he Magic Online Championship features sixteen players battling for a share of more than $100,000 USD in cash prizes in the Standard, Modern, Cube Draft, and Born of the Gods/Theros Draft formats. Not only will the winner take home a cool $25,000 USD, but he or she will also earn a coveted invitation to the 2014 Magic World Championship in December.

This Magic Online Championship will feature a Cube Draft, and, beginning March 19, we will bring the same Cube that the competitors will be drafting to Magic Online so you can enjoy the same experience!

The next Cube runs from March 19 until April 2!
Cube Event at Magic Online Championship
Top

One of the competitors in the upcoming Magic Online Championship is player cjlack92, who earned an invitation to Magic Online's pinnacle tournament by winning in the MOCS 2013 November (Season 12) event that featured a Cube Draft.

Check out cjlack92's Cube deck from that event:

Here is the full roster of players for the 2013 Magic Online Championship:

The ever-popular Cube format has accompanying Flashback Drafts that let players draft in sets and blocks from Magic's past.

There will be two Flashback Drafts running concurrently with this Cube:

Here are the card changes for this Cube:

In addition, City of Brass art will be updated to the Modern Masters card art.