In addition to the two 62 card prebuilt decks, you also receive:

The Creator vs. The Champion

The Magic: The Gathering - Deckmasters box set showcases the ultimate battle of wits. Richard Garfield, the legendary creator of Magic, faces off against Jon Finkel, a Magic World Champion and legend in the making. Which one is smarter? Which one is sneakier? Which one will win? Play the decks they personally designed - decks specifically built to beat the stuffing out of each other - and decide for yourself.

Two volitile decks, constructed by two explosive players. Get the message? Play with them. Learn from them. Hold the stuff of greatness in your hands.

Deckmasters. The Ultimate battle. Over and Over again. 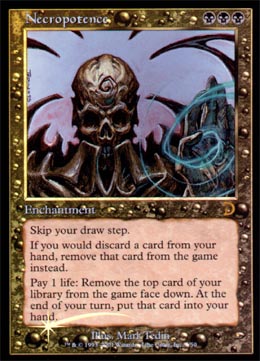 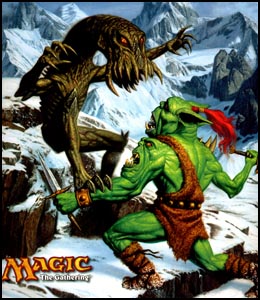