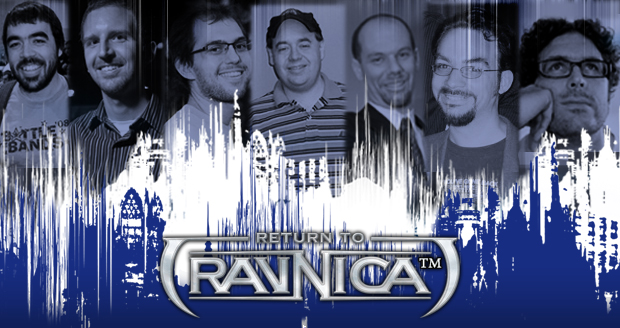 First, let's meet my team for this set's development:

Zac Hill: He led development on Magic 2013, as well as being the lead developer on "Sinker." Up until a few weeks ago he wrote the Latest Developments column here on DailyMTG.

Dave Humpherys: He's the senior development manager and was the lead developer on Avacyn Restored.

Tom LaPille: A past and now-current author for Latest Developments, Tom is also an experienced developer, having led development on Magic 2012 and Dark Ascension.

Adam Lee: Keeping the development of the first set in line with the creative world view is a tricky task. Adam is a veteran, having done this with Innistrad.

Shawn Main: Large sets usually have a designer on the team. Shawn came to R&D via the Great Designer Search II.

Billy Moreno: Billy is one of the newer members of R&D, having been hired as a full-time member last year after interning with us. He's worked on Avacyn Restored as well as a few other projects, so I was eager to have him on the Return to Ravnica team.

Those six and myself round out the team that developed Return to Ravnica. As I said, this set and block were super exciting to work on, but also a bit harrowing, as we had to live up to the original Ravnica while successfully differentiating it from that set (but not making it feel alien).

So I came into the set with some goals that I wanted to see. As the lead developer, I'm tasked with both preserving Ken's design vision and looking at the new set from a nuts-and-bolts perspective:

With those goals as my sort of guiding lights, I set off to remake Ravnica.

Brian Schneider led Ravnica: City of Guilds and it's one of the best sets and blocks of all time. It was home to many cards that players regard as their favorites—the hits that live on years later in all formats. The Limited format, despite juggling the ten guilds, played excellently and is very well remembered by players of all levels. 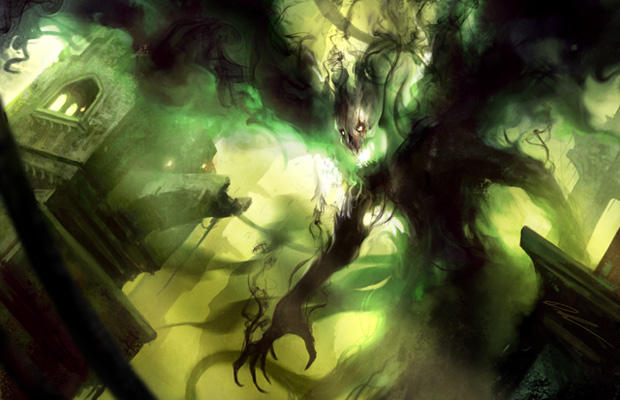 In the original Ravnica block, the guilds were split 4/3/3, and this time we knew we didn't want to do it the same way. The main concern with guild balance is, of course, the impact it has on Draft. For Ravnica-Guildpact-Dissension, the 4/3/3 split worked out for one of the most popular Limited formats ever. In our goal of wanting to differentiate from the original Ravnica, Brian Tinsman came up with the idea of splitting the guilds in two large sets and then making the third set a small set of all ten guilds.

By having Return to Ravnica and Gatecrash both be large sets, we opened up a lot of space in terms of how to do it. We wanted there to be "circles" defined by the guilds—that is, one guild leads to the next.

There are a bunch of variations that could be used to determine these sort of guild paths, so in our exploration we had a handful of additional qualifications.

For example, you'll notice that neither Return to Ravnica nor Gatecrash contain all the guilds of any of Ravnica-Guildpact-Dissension's sets. 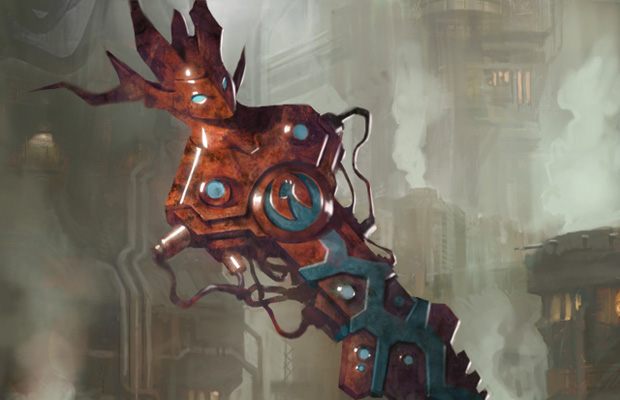 Beyond just the physical placement of these guilds, development also took a keen eye on how each of these guilds' mechanics played in comparison to old Ravnica's guild mechanics. None of original Ravnica's mechanics were reused in Return to Ravnica, but we wanted to make sure that the mechanics felt similar and had good interplay.

Selesnya's mechanic, convoke, relied on the use of creatures to help with casting spells, but their Return to Ravnica keyword of populate allows you to create more creature tokens and thus support convoking spells.

Golgari's mechanic, dredge, might be the most popular and dominant mechanic from the original Ravnica. Where dredge put cards in your graveyard, our new mechanic of scavenge makes use of the cards in the 'yard.

The same will be true for all of the guilds in the block. We didn't want to sacrifice game play in the name of tying back to the original like this, so when the two came to a head we chose game play. 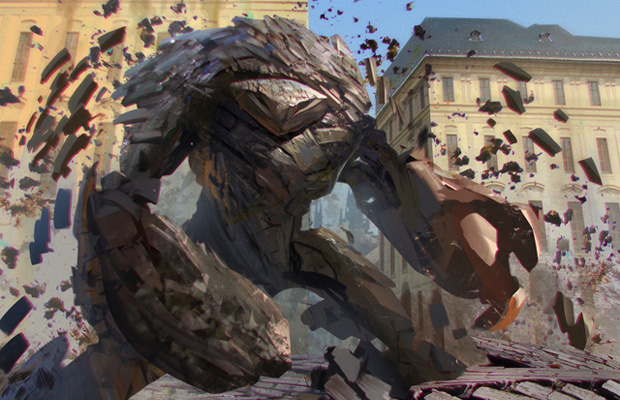 I have a game I play with two dice and Magic's history of vanilla creatures. Roll one die for power, and another for toughness. Try to name a matching vanilla creature. Sometimes you can't think of one, because we never made such a creature, so I set out to complete the six-by-six matrix. I thought I had finished it in Innistrad with Fortress Crab, the vanilla 1/6.

Shawn Main pointed out an incredible fact: Magic used to have a vanilla 2/6 and a vanilla 5/2. But no longer! I caught on to his game: Wall of Heat and Blistering Barrier used to be vanilla creatures, but gained the defender keyword. So I finished my project with a couple of creatures you'll see in Return to Ravnica. 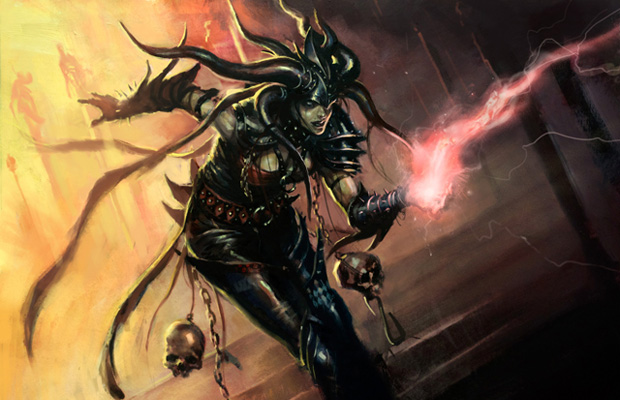 Now we come to the favorite part of any article in any preview week: the exclusive new card!

We went through a few iterations of guildmages and settled down on gold, two-mana 2/2 creatures with two activated abilities. We knew the Rakdos guildmage should be cruel. After playing around with different abilities, I liked the idea of offering your opponent a cruel choice.

The unleashed mechanic means you are often attacking and putting your opponent in a position of choosing between blocking or taking a lot of damage. That is the perfect time for your guildmage to torment your opponent. With Rix Maadi Guildmage, even a substantial blocker might lose in combat, but if your opponent doesn't block, the consequence can be very painful! 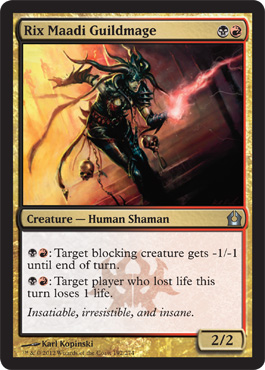