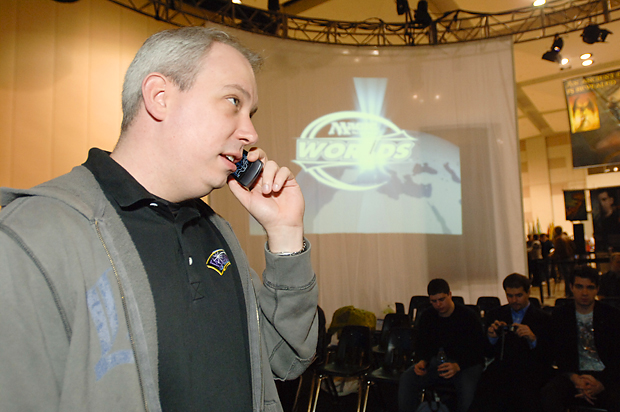 When I left the office on December 10th for the Magic World Championships, I was desperately in need of a break. While the day-to-day part of my job that involves overseeing the creation of Magic sets is as fun as ever, the "business side" of the job has been getting progressively more sobering as the world's economic state worsens. I'm sure our situation at Wizards of the Coast is no different than that at any other entertainment or consumer goods company, but constant talk of reforecasting and restructuring can put a drain on one's soul and take the shine off of what should be a super-fun job.

As I was saying: as I boarded the plane for Memphis, I needed a break from all that—something to put Magic back into perspective for me as a game.

Worlds did exactly that, and more. All that was good about Magic was on display there in the Memphis Convention Center.

Games of Magic across all manner of formats were being played—Standard, Extended, Booster Draft, and even Legacy in the main event, Sealed Deck and Vintage in the Public Events area, Elder Dragon Highlander in the hotel lobby, and even some I'd not been previously aware of, like Alpha-only Constructed and the paper version of "Momir Basic" were seen floating around the gunslinging tables. 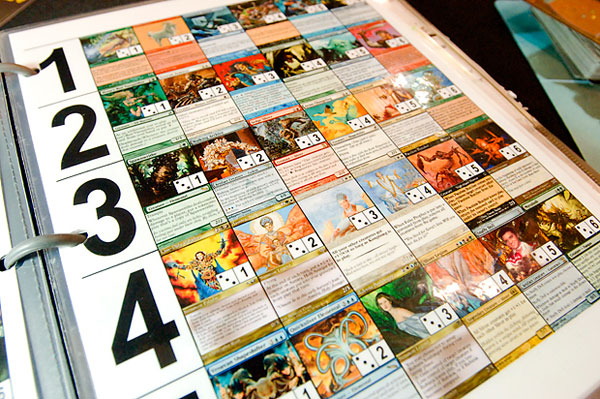 Richard Garfield was there and engaged the audience on all fronts—from his wacky gunslinging deck to his answers in the round-table discussion to the late-night games of Werewolf with players and staff alike. There were artists, players, dealers, and judges I hadn't seen in months or years, all under one roof, all having a great time enjoying the game we all love so much.

The thing that impressed me the most, however, was the depth of involvement of the community. Players' dedication and devotion to Magic was on display at every turn, from hand-coded iPhone apps to beautifully altered card artwork to the aforementioned port of Momir Basic. There were parents with children, boyfriends with girlfriends, people that have been playing longer than I have, and people that had just learned at the event. And Magic's own "underground" media was there in full force as well—it is always great to talk with Evan Erwin of "The Magic Show", Tom Gustafson of "MTGCast", and Lan Ho and Eric Atwood, busy filming their documentary "I Came To Game."

It was all very uplifting—exactly what I needed to refocus as I headed back to work and headed into 2009.

In his most recent article on StarCityGames.com, Ben Bleiweiss commented that, after Worlds, he was "as confident as ever that the game is in the hands of people who are truly passionate about the product they are putting out to the marketplace. Everyone really cares about making Magic a success, not only financially, but as something that we, the players, will enjoy." It was very gratifying to read that, as I know first-hand that I and the people I work with have our jobs for one simple reason—we fell in love with Magic as players and we wanted to be a part of its continued success. Magic has faced many challenges in the past—from those wanting to question the game's values, to competitors within the genre, to the rising popularity of online gaming—and we've stared them all in the face. I'm positive, knowing the people I have by my side and the passion of our audience, that any hiccups caused by today's economy will be similarly vanquished. May we never speak of it again!

In fact, 2009 will be a fantastic year for Magic on all fronts. On the product side, we have four great releases scheduled. First up is Conflux, set two of three in the Alara block. This set, lead designed by VP of R&D Bill Rose and lead developed by PT Hall of Famer Mike Turian, mixes together all the goodness from Shards with some popular mechanics from the game's past, with a tasty splash of the villainous Nicol Bolas thrown in to spice things up. Previews for the set start here on magicthegathering.com in just two weeks—look for lots of fun new cards as well as a healthy dose of power that is sure to shake up the Standard metagame!

After Conflux comes Alara Reborn—set three in the block—at the end of April. Alara Reborn, lead designed by yours truly and lead developed by Matt Place, has a real jaw-dropping hook that we've never done before that is sure to make the set one of the all-time memorable ones.

In July comes Magic's next Core Set which promises its fair share of surprises. I ran the team that put it together—a squad that included all the biggest players here in R&D: Mark Rosewater, Bill Rose, Brady Dommermuth, Brian Tinsman, and Devin Low. With Erik Lauer heading up the development team and doing a wonderful job of keeping the power and fun levels of the set quite high, this Core Set may be the thing I am most proud of having worked on. One of our interns, Peter Knudson, said it was his favorite Magic set of all that have ever been made! Watch for more on this product and all that surrounds it here on the website in a couple months.

Rounding out the 2009 expansions is the large set codenamed "Live." Head designed by the master himself, Mark Rosewater, and lead developed by veteran Henry Stern, Live begins a new block with a bang, breaking new ground with both mechanics and flavor.

Besides our normal schedule of card sets, we are also offering a bunch of other fun ways to play the game in 2009, headlined by Duel Decks: Divine vs Demonic in April. Our most recent Duel Decks product, Jace vs Chandra, has been very well received, and this next installment promises to be just as exciting. On top of that, look for another edition of From the Vault sometime in the summer, full of awesome collectibles, new artwork, and gleaming foil hotness. Other side projects for 2009 are also in the works, so stay tuned for details.

Our Organized Play department has been busy ramping up for 2009 as well. One of the biggest changes was to the Pro Tour, having each stop feature a mix of both Limited and Constructed play. For instance, next year's first stop—Kyoto, Japan at the end of February—will feature both Standard and Shards/Shards/Conflux Booster Draft. That way, regardless of what type of play you like, the Pro Tour should hold your interest. On top of that, if the Top 8 from the World Championships in Memphis is any indication, mixed format events make for some star-studded Sunday play! If you're a big fan of one format or the other, however, look no further than our 2009 Grand Prix schedule, featuring 19 events all over the world using Sealed/Booster Draft, Standard, Extended, and perhaps most excitingly, the return of Legacy in Chicago on March 7th and 8th. And in an attempt to spread out the fun, anyone with a record of two losses or better at the end of Day 1 of a Grand Prix will be eligible to play on Day 2, tiebreakers be damned!

On a more local scale, the Wizards Play Network (WPN) continues to blossom with testimonials coming in from all corners regarding emerging or reinvigorated communities thanks to this new program. Plus, we continue to hone our Prerelease tournament structure to better accommodate all segments of the audience, based largely on feedback from our players and organizers. Be sure to check out the Conflux events on January 31st and February 1st. 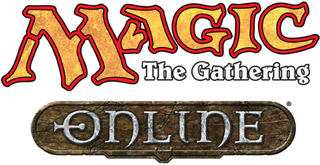 We're making great progress on the digital front with Magic as well. Duels of the Planeswalkers for Xbox Live Arcade—a great introduction to all the intricacies of Magic gamepley—has been met with resounding enthusiasm at every event where we've shown off the preliminary builds. I greatly anticipate its release this spring (as should any of you excited by the idea of a foil alternate art Garruk Wildspeaker—the promo card associated with the game). As for Magic Online, we have a talented UI team in-house now that is putting countless hours into improving the customer experience. With the recent release of Tempest and the introduction of the "Pauper" format, we are dedicated to serving all facets of the Magic-playing audience with this wonderful product. Look forward to other sets and formats online in 2009.

From the creative side of things, we're taking the popularity of our new planeswalker characters and continuing to run with it. In addition to our regular planeswalker-themed webcomics, we're launching a new novel line that focuses on Magic's main characters. The first of these, Agents of Artifice by Ari Marmell, comes out this February and focuses on the brooding, blue-aligned Jace Beleren (last seen drawing cards in Antti Malin's World Championship Faerie deck).

And this is just the stuff I'm allowed to talk about; there are myriad more initiatives, products, plans, promos, and dreams being tossed about these halls every day, several of which are bound to make their mark on the upcoming year. As you can see, 2009 will be a wonderful year to be playing Magic... I know it will be a great year to be in charge of Magic as well.