elcome back to the Draft Viewer! Today we've got a classic viewer from the 2009 World Championships. This was the second of two triple-Zendikar Booster Drafts from the second day of Worlds and featured not one but two 2010 Pro Tour Hall of Fame inductees: Tomoharu Saito and Bram Snepvangers. The 2010 World Championships begin December 9 in Chiba, Japan. 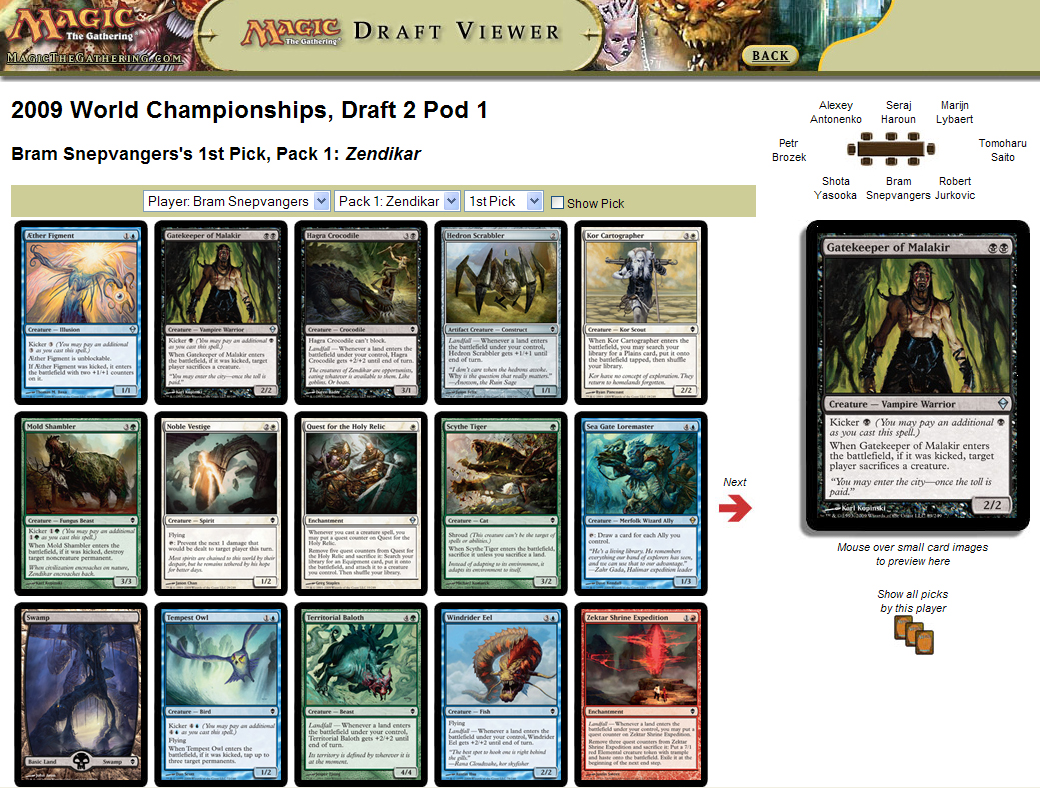