elcome back to the Draft Viewer! How about something from last weekend's World Championships? This is Table 1 of the second draft, featuring Bram Snepvangers, Shota Yasooka, Petr Brozek, Alexey Antonenko, Seraj Haroun, Marijn Lybaert, Tomoharu Saito, and Robert Jurkovic. Two of the eventual Top 8 would come out of this draft, which featured players who were all at either 8-1 or (in the case of Lybaert) 9-0. This is truly the big time when it comes to triple-Zendikar draft! 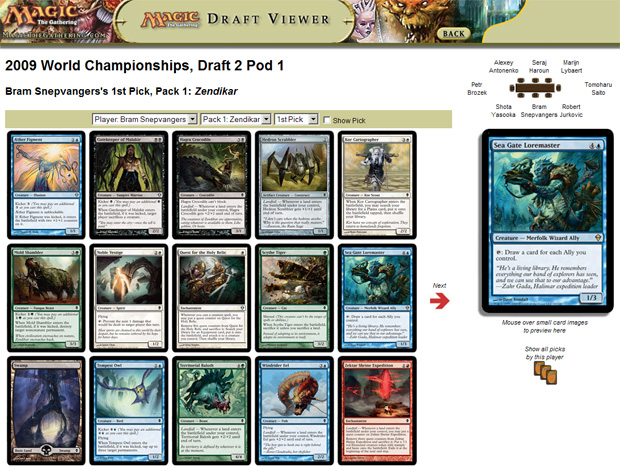