his past weekend’s Pro Tour–San Diego featured six rounds of drafting by some of the best players in the world. Here’s your chance to peer over the shoulders of the players at the top table for the Day 2 draft! Want to know how it turned out? Check out the official event coverage! 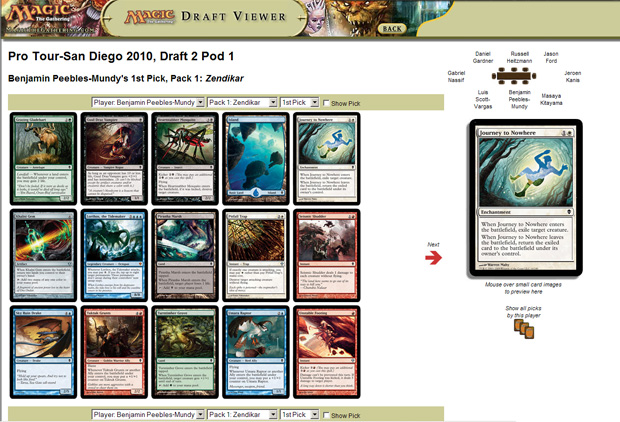