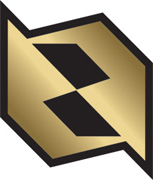 These ready-to-play 60-card decks showcase some of the best spells that white and blue Planeswalkers have in their arsenal. Duel Decks: Elspeth vs. Tezzeret has eight rare cards, and six cards with new artwork, including foil alternate-art versions of Elspeth, Knight-Errant and Tezzeret the Seeker. Each of the cards in the 60-card decks will be black-bordered and tournament legal. This means that these cards are legal for use in any tournaments where the original printings are still legal.

Elspeth fled her home plane at a young age after it was corrupted by a sinister force that enslaved her and her community. She found Bant, a sunny kingdom seemingly free from evil, and became one of its knights. But when the Conflux caused the shards of Alara to reconverge, the plane of Grixis and its wicked denizens intruded upon Bant. Unable to endure the possibility of another dark tyranny, Elspeth left Bant in search of a new, peaceful home.

Before the Conflux on Alara had begun, Tezzeret was a promising young artificer who aspired to become one of the Seekers of Carmot, a secretive organization that claimed to hold the secrets of etherium, the arcane alloy that infuses every living thing on the shard of Esper. After being rejected by the Seekers, Tezzeret discovered that the cabal was in reality controlled by the ancient dragon Nicol Bolas. When Tezzeret was caught and stabbed by the Seekers’ guards, he planeswalked to Grixis, only to be confronted by Bolas himself.