Monsters worthy of legend have always threatened the civilizations of the Multiverse. Heroes of many worlds must prove their worth by confronting these immense creatures. These heroes grow stronger with every encounter as they assail threats beyond their imagination.

Materializing out of the mist, monsters loom large on the horizon. Terrifying and releentless, these mythical creatures ravage the countryside. Endrage your monsters into jaw-dropping monstrosities and send them rampaging toward the enemy.

Catch a glimpse of the world of Theros while experiencing the epic struggles of this eternal conflict. 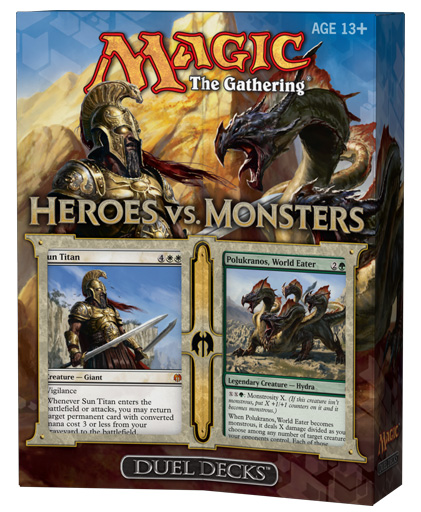 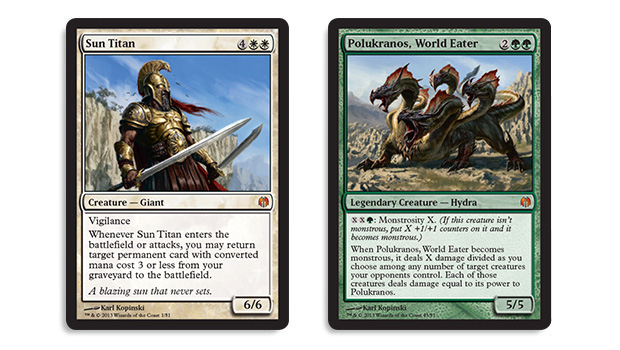