t's time for this year's expansion for Duels of the Planeswalkers 2013—or as it is known on iPad, Magic 2013. Regardless of what platform you use to play the game, you're going to be getting the first expansion starting, well, now! Keep an eye out on your gaming platform for the new expansion to be available!

As we announced last week, there are five new decks filled with cards from Ravnica: City of Guilds. You get the opportunity to game with Azorius (White-Blue), Golgari (Black-Green), Izzet (Blue-Red), Rakdos (Black-Red), and Selesnya (Green-White).

The new decks are just the beginning, though!

I got to sit down and play through this and, having previously fully unlocked the game, really enjoyed a new round of campaign levels and challenges. 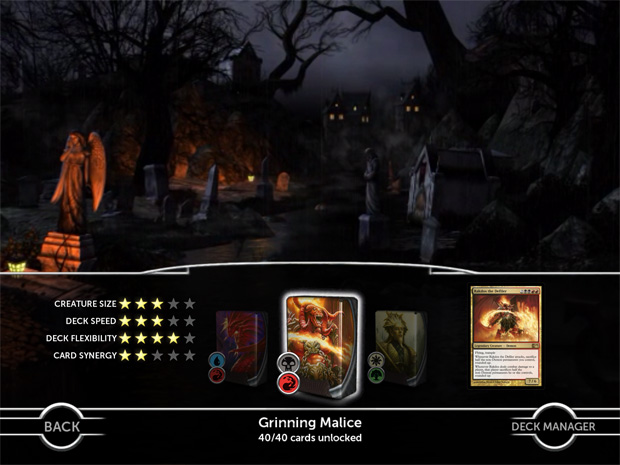 Before I dive into what's in this expansion, there are two events I want to make sure you Duels players know about:

Frag Dolls, the all-woman gamer team, will be playing Duels of the Planeswalkers 2013 at the upcoming Duels n' Devs. They'll be playing and streaming on their Twitch channel along with Michael Robles, Max McCall, and Mike Gills from Wizards! Visit the Frag Dolls blog to learn more.

Play Duels 2013 with one of the Warped Tour's headlining bands: New Found Glory. Lead singer Jordan Pundik and guitarist Chad Gilbert started playing Magic on the tour and have become huge fans of the game. They'll be using their gamer tags NFGJordan and NFGChad. To do this, you'll need to be online and ready to play thirty minutes before the event starts, send a friend request or game invite to their gamer tags, and if you get an invite back get your headset on and get ready to game!

Now, let's dive into what's in this expansion for Duels! 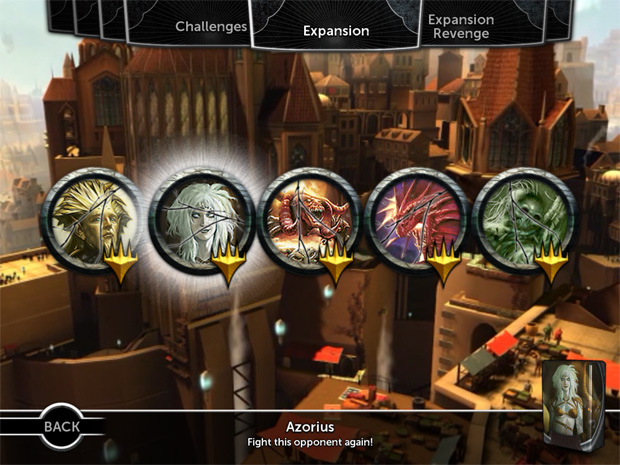 For the normal expansion campaign, you'll face Selesnya first, then battle Azorius, Rakdos, Izzet, and finally Golgari. Each has a new deck featuring cards from the original Ravnica: City of Guilds block.

Check out these decks:

And after you defeat these guys, you can enter the "Expansion Revenge" campaign and battle them again. 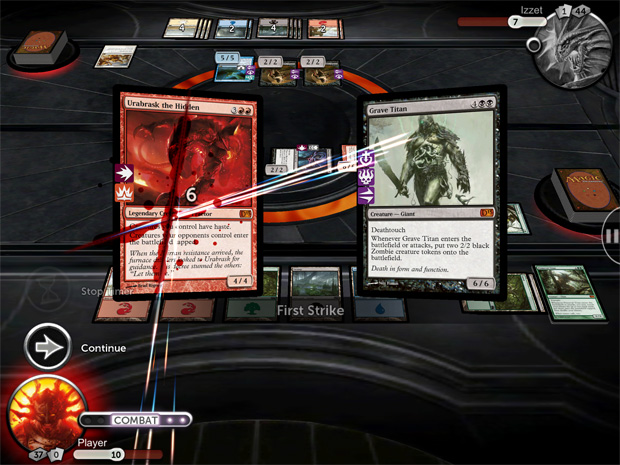 Five new challenges! I love the challenges and these aren't ones to be sneezed at. They will force even the experienced Magic player to think laterally to find a new way to victory. The five challenges are:

Jitte Choices—"You and your opponent both have 4 life, but you have more creatures and Umezawa's Jitte. Find a way to win this turn."

Curses!—"Your curses are keeping your opponent weak, but his Oracle reveals Witchbane Orb on the top of his library. Win this turn before he can break free from your curses!"

Golem Defeat—"Between your hydra and your golems, can you engineer your opponent's defeat this turn?"

Deadman's Gamble—"You've drawn Gamble, it will give you a chance at any card you need, but can you use it and be certain you'll win this turn?"

Into the Pod—"The board is clogged with creatures. Birthing Pod will let you upgrade one, but what will help you win this turn?"

I admit it, I'm cocky when it comes to these things. But man, some of these really stumped me!

The new expansion comes out on all of Duels of the Planeswalkers 2013 platforms: Xbox, Playstation, and iPad. Enjoy!