Duels of the Planeswalkers 2013

i! I'm Max McCall. I've worked on the digital side of Magic R&D for a little over a year now, and Duels of the Planeswalkers 2013 was one of my first projects when I got to Wizards. Now I finally get to talk to everyone about it! And there's a lot to say: Duels is more awesome than two grocery bags stuffed full of awesome and duct-taped together. Let's get started!

Have you been enjoying playing with Planechase (2012 Edition)? Great! The big news for Duels 2013 is the new Planechase mode! You can play Planechase with up to three other friends, and there's a Planechase mode in the main campaign ladder as well. It's tons of fun. Everyone shares the same planar deck, which consists of nearly every plane in Planechase (2012 Edition). Yes, there are phenomena. Yes, the graphics when you planeswalk or roll chaos are awesome. Yes, there's a planar die to roll. Yes, you can play Planechase on iPad. We put a lot of work into bringing Planechase to Duels, and I'm confident that you'll love it. 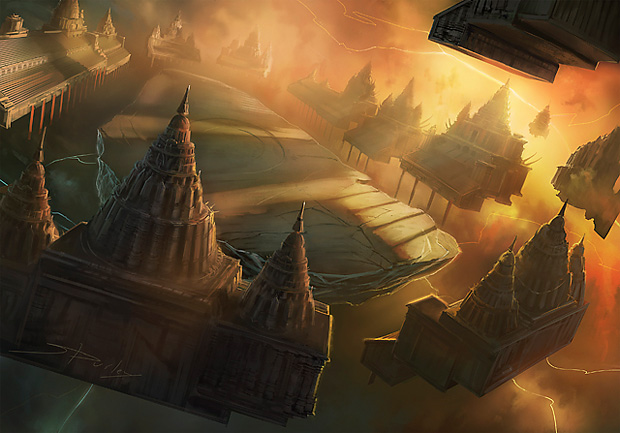 Encounters is another new game mode in Duels 2013. Encounters are played against the AI, but for Encounters, the AI draws cards in a specific order, executing a planned strategy. Encounters are great for Duels; they add a puzzle-like element similar to Challenges, but you are able to still play your deck, retaining the dynamic game play of Magic. Some of the encounters are basic and will force you to overcome simple obstacles, such as a Suntail Hawk every turn. Other Encounters are a little more out of left field; my favorite is the one where the AI has Helix Pinnacle, Cloudpost... and suitable hindrances.

Duel Across the Multiverse

And, of course, Duels wouldn't be Duels if there weren't ten brand-new decks to battle with. The decks from Duels 2013 are my favorites yet. Some of the decks deliver straightforward face-smashings in a fashion that is just so satisfying. There's a Goblin deck. There's a lifegain deck that beats down incredibly hard. A couple of the decks are a little more wacky and offbeat, but they've still got a lot of fun stuff going on.

But my favorite deck is the exalted deck.

Sublime Archangel attacks for 5 all by her lonesome. But in the exalted deck, it's not unusual for her to attack for the full 20. Duels will even do all of the counting for you!

Cool Stuff You Asked For

This year, we've added two additions to the Duels game: an end step and manual mana tapping. A big reason for implementing these changes was all of the feedback we received from the community after the release of Duels 2012.

We try to make Duels have elements of a classic arcade fighting game. We want the game play to flow smoothly and not force players to experience unnecessary downtime. For this reason, we didn't include the end step in older versions of Duels; it was clunky and extended game length without making the game more fun. Not including an end step certainly makes some cards worse, but we tried to design decks for Duels that wouldn't be seriously hurt if they couldn't act at the end of the opponent's turn.

We got a lot of feedback from y'all about the lack of an end step, though. In particular, we heard loud and clear about how much the lack of an end step takes away from multiplayer game play. We know most players play Duels exclusively against the AI, but we definitely want to make multiplayer enjoyable. To that end, when we started work on Duels 2013, we knew we wanted to include an end step, and I'm confident we found a solution that adds depth to game play without adding unnecessary time or clicks to Duels.

Similarly, because we want to streamline core Magic game play as much as possible, we don't use a mana pool in Duels. When you want to cast a spell, you click on it and it happens. Having to worry about which lands to tap just adds bookkeeping to Magic. More bookkeeping means less face-smashing. Less face-smashing is a problem. 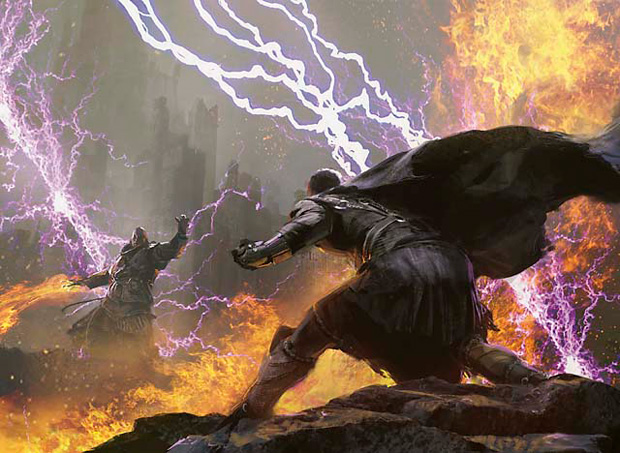 So, no mana pool. However, the AI that taps your lands isn't perfect. It can't always see that if you have a three-mana spell, three Islands and three Mountains, that you really want to leave up two Islands and a Mountain to cast Cancel. And if you cast a bunch of spells that draw you more cards, the AI might not leave you with enough colored mana flexibility to cast all of your new spells.

That's a problem, and we received a lot of requests from the community asking to let people tap their own lands. On the other hand, adding a bunch of mouse clicks to tap your lands for each spell brings us perilously close to a world where not enough face-smashing is happening. What we've done is take a middle-of-the-road approach. After all, most of the time, which lands you tap for a spell is irrelevant. But in Duels 2013, you can select a spell and then, if you'd like, cycle through various configurations of how you'd like to tap your lands. This gives you total control over your lands but isn't in your face all of the time asking you to sign on the dotted line before you can cast your spells.

There's a lot going on in Duels of the Planeswalkers. You're racking up achievements left and right, and there are tons of player personas to choose between for your in-game portrait. As they were programming Duels 13, the designers at Stainless (Shaun Smith, Tom Darroch, and James Clarke) came to us in Wizards R&D and asked "Wouldn't it be nice if we had one landing page for all of the cool out-of-game features?" 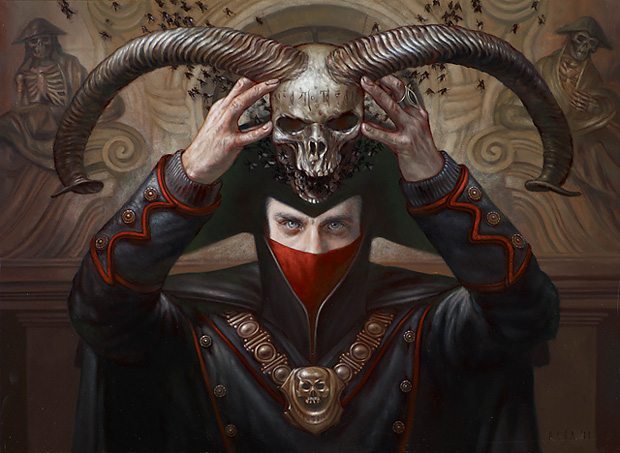 Have friends who are new to Magic, or who haven't played in awhile? Duels is the best way to teach them to play Magic or ease back into Magic. They can play on their own schedule, on their own couch, alone or with a friend (preferably you!). Additionally, we've worked hard to make sure the fun experience you have in Duels 2013 carries over to our best card set designed for the new player—Magic 2013. When you play Duels 2013, you're playing with cards from Magic 2013. When you buy Duels 2013, you'll go into a store to receive a special booster—one with cards from Magic 2013, including a mythic rare alternate-art promotional card depending on your platform: Serra Avatar on Steam and iPad, Primordial Hydra on XBox, and Vampire Nocturnus on PlayStation Network.