Duels of the Planeswalkers Expansion Pack 1

n October 21, Duels of the Planeswalkers is launching an expansion to challenge your Magic skills, and this time we've brought along a dragon! And not just any dragon, but Nicol Bolas, a planeswalker dragon and everyone's favorite bad guy. Why? Because there are a lot of you, and we couldn't find anyone else tough enough to handle the job. At the time I'm writing this, there are about 250,000 people who have purchased Duels of the Planeswalkers, and that certainly warrants Nicol Bolas's attention. 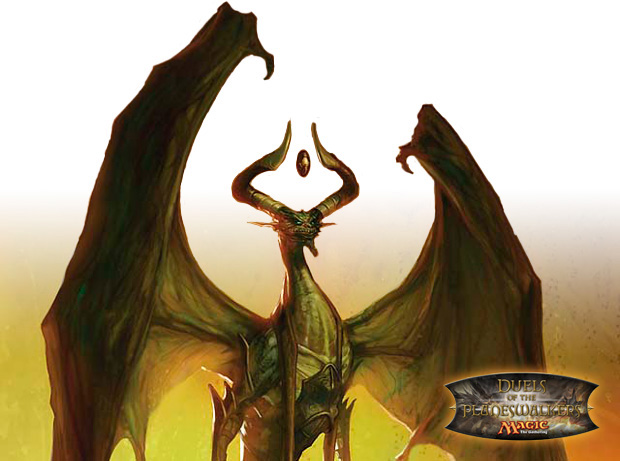 Expansion 1 for Duels of the Planeswalkers takes the groundwork we've laid with our Xbox LIVE Arcade smash hit and, as any good expansion should do, expands on it. That means more opponents to fight, more cards to unlock for you current decks, and more challenges, among other things. And there's a reason we're referring to this expansion as "Expansion 1"!

Hopefully you enjoyed the first campaign, which pitted you against the iconic planeswalkers. Two of our favorites return in Expansion 1 with a new set of tools. You start by facing Sarkhan Vol's "Cries of Rage" deck. The Cries of Rage deck is a Warrior tribal deck and includes cards like Obsidian Battle-Axe and Bramblewood Paragon. The next planeswalker making a return appearance is Jace, with his "Minds of the Void," a white-blue control deck with a very strong "milling" theme. The final opponent is Nicol Bolas, wielding the "Eons of Evil" deck packed with many of the most powerful blue, black, and red spells in Magic. 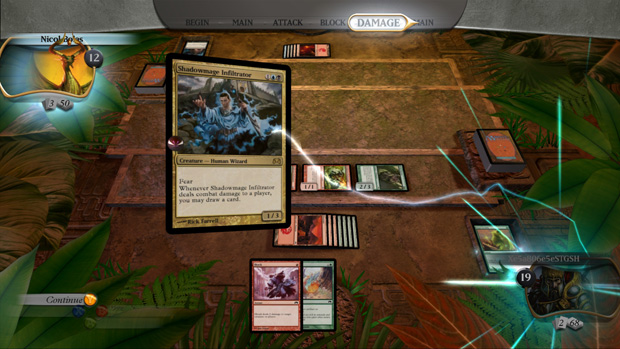 You won't face these foes without some new spells in your arsenal! After a few victories, you'll be able to wield a player version of Tezzeret's artifact deck from the core game as well as Sarkhan and Jace's new decks. If you'd prefer to use your favorite deck from the core game, you'll find three new and powerful unlocks for each of them.

Challenges have proven to be immensely popular in Duels. As such, we've added three more challenges and an additional layer of difficulty. The challenges start with a Tezzeret challenge that will test your abilities with the artifacts in the "Master of Artifice" deck. There's a Cries of Rage challenge to test your facility to win quickly with Warriors, and then there's the "Mind of the Void" challenge, our first multi-turn challenge. You only have one way to win, but it's not immediate. In the Expansion 1 challenges, as in all Duels challenges, you don't guess whether you have the solution. You play the challenge, and either you're rewarded with success or you get the chance to try the challenge again!

Expansion 1 also challenges you with an extended Two-Headed Giant campaign against the new opponents. There are also three new achievements to accomplish for 50 points total. 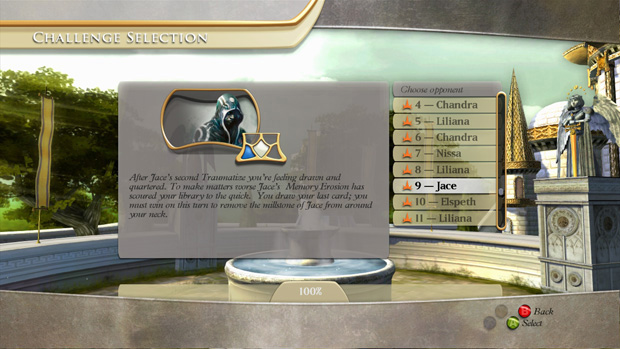 If you've loaded Duels recently, you've noticed that we've dramatically improved the multiplayer experience. No matter whether you prefer 1-vs.-1 play, 3-player, 4-player, or co-op vs. co-op, you'll find that what was already great is now even better. We changed Duels multiplayer play to work the way you requested, and you've kept the Duels multiplayer scene, both ranked and unranked, a vibrant community and a great place to play.

With Expansion 1, you'll find that many of the card unlocks were designed with an eye toward revising the 1v1 metagame. We believe that we've strengthened most decks against their hardest opponents. With Expansion 1, it's a whole new ballgame, and I can't wait to see who comes out on top!

Although we think you'll like Expansion 1, it isn't required to stay in the game. You can keep playing Duels with your friends without getting the expansion—download the multiplayer compatibility expansion from the LIVE system, and you'll be able to play against the new cards. Just don't blame us if your opponents defeat you with them! 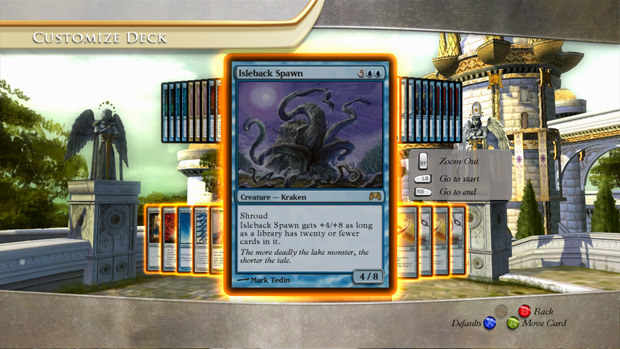 What Do I Need to Do to Get Started with Duels?

Duels of the Planeswalkers is currently only available on the Xbox 360. So hopefully you have one! If not, it's very likely there's a friend's house or a local game store where you might play it. Duels of the Planeswalkers is downloaded to Xbox 360 systems from the Xbox Marketplace, and you can start by downloading either the full or the trial game. From there, it's like playing Magic on your Xbox!

If you're new to Magic, Duels of the Planeswalkers delivers a full suite of fun learn-to-play options. The fact that Duels of the Planeswalkers is a digital game allows you to learn the rules of Magic in a controlled, fun environment. Starting with a tutorial that guides you through your first game, you'll be playing Magic from the first minute. You'll also find a full suite of game play hints and a mentoring mode to help you learn to play Magic.

Duels is also part of the Xbox LIVE Marketplace, with a broad array of themes and picture packs so you can sport a Magic: The Gathering look on your Xbox while playing Duels or other Xbox games. There are also additional battlefields, player personas, and backgrounds if you want to change the look of your Duels game.

Duels of the Planeswalkers is a fully supported product. That means a lot at Wizards. It also means that I can't tell you most of the details. What I can tell you is Wizards of the Coast and Stainless Games are committed to taking advantage of the Xbox architecture and all the new features that our friends at Microsoft are making available. We're also planning to improve and upgrade the Duels engine over the next year and release more expansions, reflecting the current state of Magic with all the good things that implies! We're keeping the game-play quality that only Wizards R&D can provide, a game developed and refined from a top-notch game-design studio, and all of this on a superb platform. We hope you'll join us.

If you'd like further information, make sure to visit the Duels of the Planeswalkers web site. You'll find strategy articles for each of the decks , all the deck lists including unlocks, and hints for each challenge. There's also a Wizards Community forum dedicated to Duels.

Before I go back to work on Expansion 2, I'd like to thank the folks at Wizards who've worked on Duels with me since inception. Matt Place, our lead game designer; Mike Mikaelian, editor and game designer extraordinaire; Adam Dixon, assistant brand manager; and of course Worth Wollpert, our production boss. 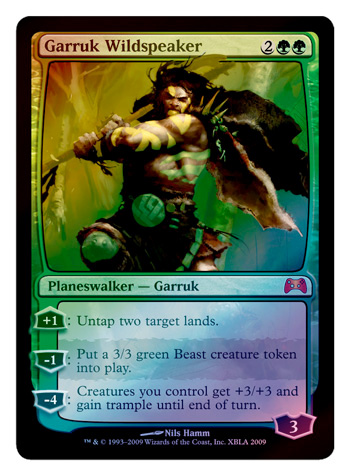 The Garruk promotion is still active! Visit www.duelsoftheplaneswalkers.com for promotion details, as well as more information about Duels of the Planeswalkers.