Each of the three colossal Eldrazi spawns its own "brood lineage." The three brood lineages are composed of Eldrazi drones and other subordinate beings, each reflecting the image of its progenitor. Before they arose, the distant memory of each Eldrazi came to be worshipped as a triumvirate of gods by Zendikar's merfolk and kor races. 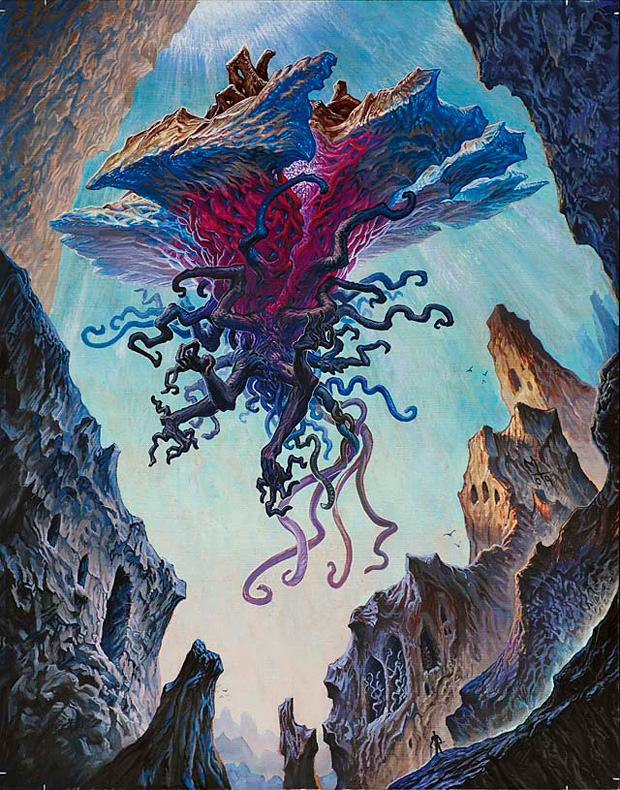 Loosely corresponding to Emeria, the wind goddess of the merfolk, Emrakul is the largest and most fearsome of the Eldrazi. It causes silent terror wherever it soars, embodying desolation, emotional and physical distance, the chill of the void, and the terror of being alone.

The Emrakul lineage is characterized by fleshlike lattice structures, uneasy bilateral symmetry, and tentacles that end in knobby, vestigial digits. Looking like spongy, alien baleen, the lattice respires independent of the Eldrazi itself, supporting a host of unseen mite-creatures within. Some within this lineage, including Emrakul itself, float above the ground, using unknown powers to alter the surrounding gravity. 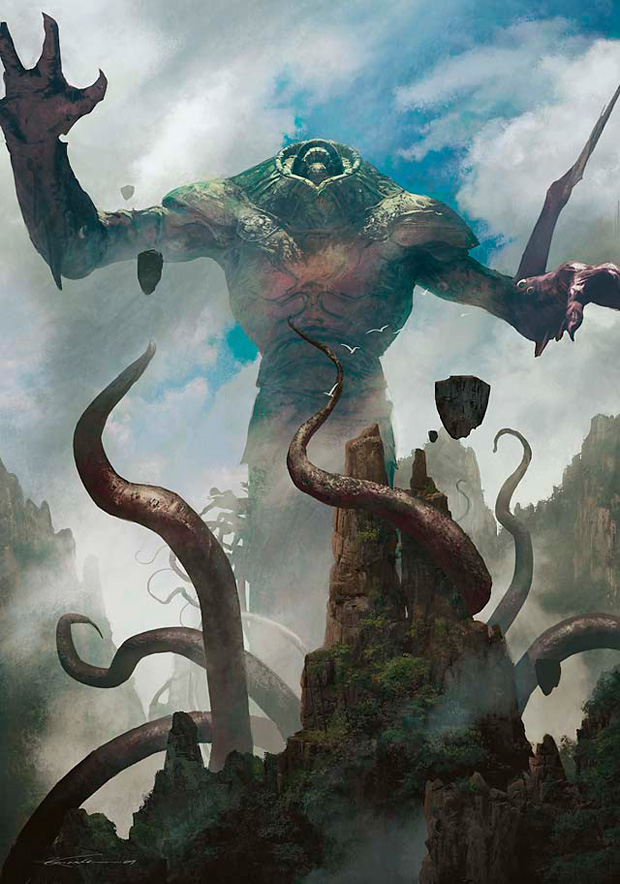 Kozilek is the truth behind the merfolk myth of the trickster god Cosi, a reality-slicing abomination of relentless insanity. Kozilek represents themes of deception, puzzles, lies, mind domination, transformation, and experimentation. Sages call Kozilek the confusion of panic, the trap of enigmas, and the harrower of thought.

Eldrazi of the Kozilek brood lineage have many eyes growing near joints or along body ridges, jagged plates or blades of lustrous black mineral jutting from or floating around their bodies, and animalistic or insectoid anatomies covered in tough carapaces. Kozilek's drones can absorb life just by their presence, but prefer to rend flesh with their onyx-like projections. 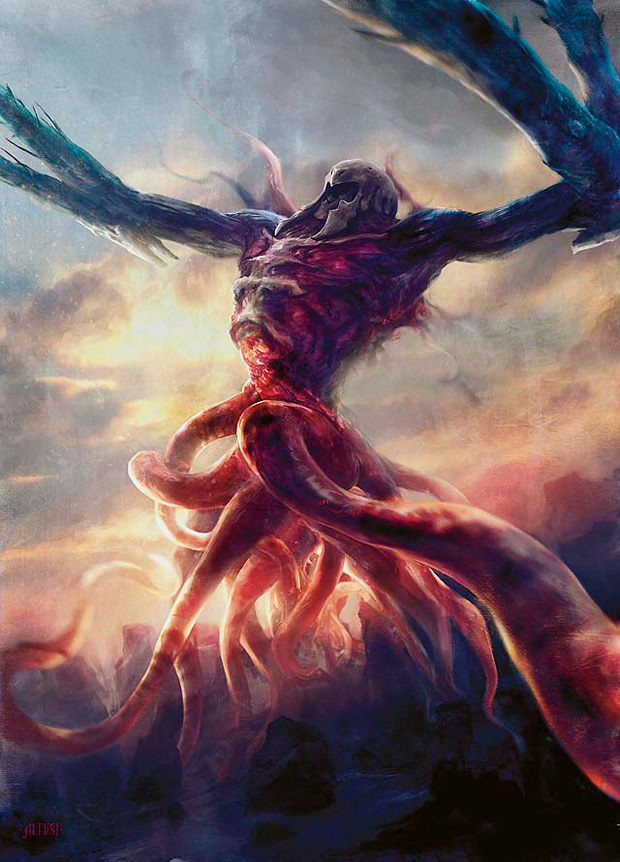 Ulamog, the monstrosity whose half-forgotten name came to be known as the merfolk sea god Ula, is emblematic of plague, the blind bonds between parasite and host, and overabundance. Ulamog is creation and destruction wrapped together in unholy harmony.

The Ulamog brood lineage is characterized by dense masses of suckerless tentacles, multiple withered arms bifurcated at the elbow, and most unsettling, eyeless bony plates in inhuman but vaguely facial forms. The ravenous and brutish Eldrazi of the Ulamog lineage lurch and shudder over the ground, adept at spreading disease and draining from the psyches as well as the life energy of their victims.