Extra Pulled from the Archives

efore there was Daily MTG, before there was magicthegathering.com, in the Time Before Time ... there was The Duelist, a monthly magazine that brought the latest Magic news, puzzles, previews, event coverage, and even card text to the masses.

In addition to all that "important" stuff, there were various articles and regular features showing off the lighter side of Magic. One enduring feature was Extra Pulled, featuring "rejected" Magic cards allegedly pulled from sets in development. Mark Rosewater—then Duelist editor, now the site's longest-running columnist—brought these humorous not-actually-cards to readers in a continuing series.

As one would expect, some of the jokes are anachronistic; we no longer scoff at the idea of a Timber Protector, and the "Dojo Effect"—using deck lists from web sites like The Magic Dojo rather than a home-brewed list—hasn't been controversial for about a decade. But the spirit of fun and good-natured self-ribbing still rings true twelve years later. 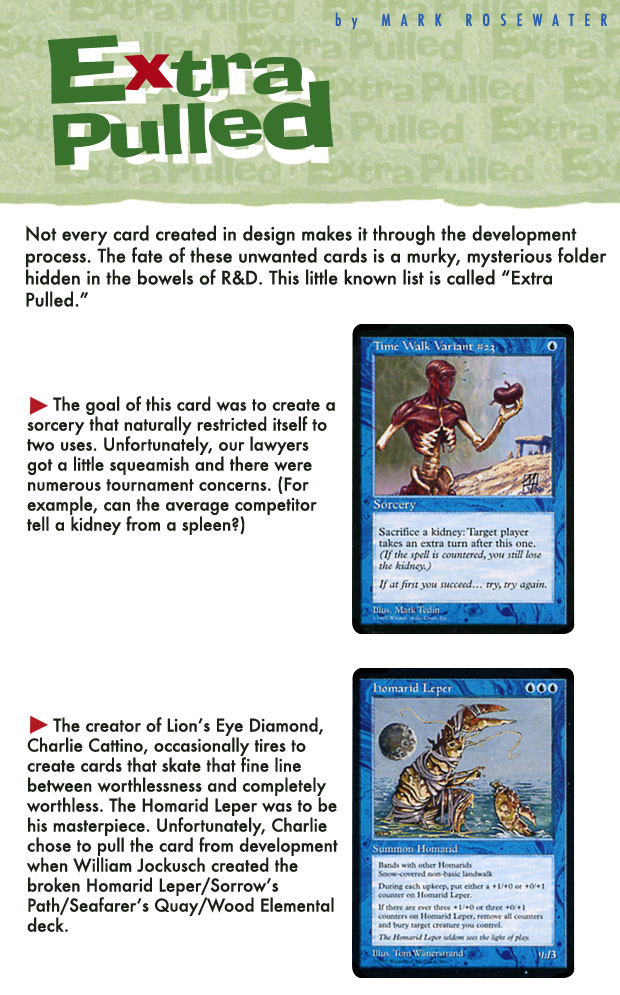 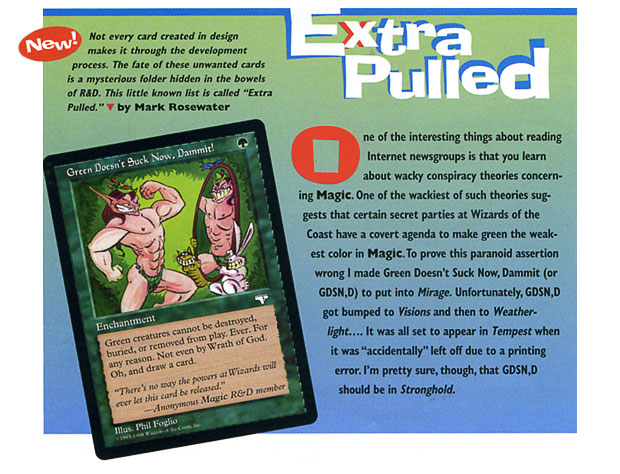 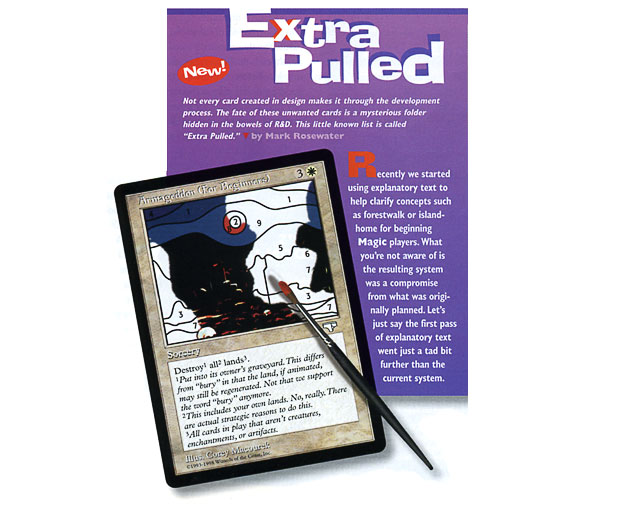 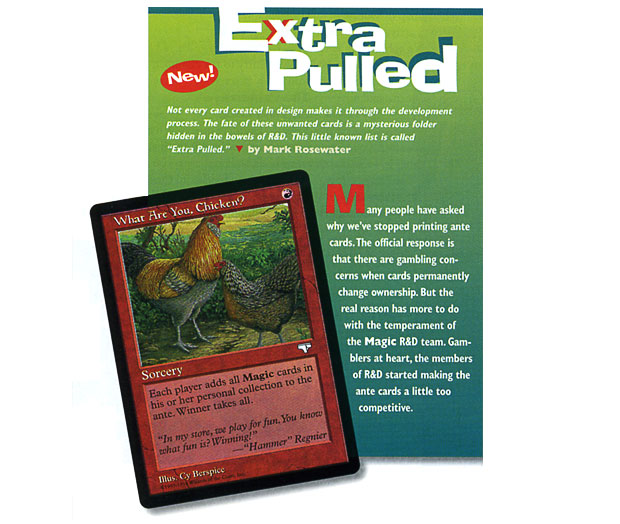 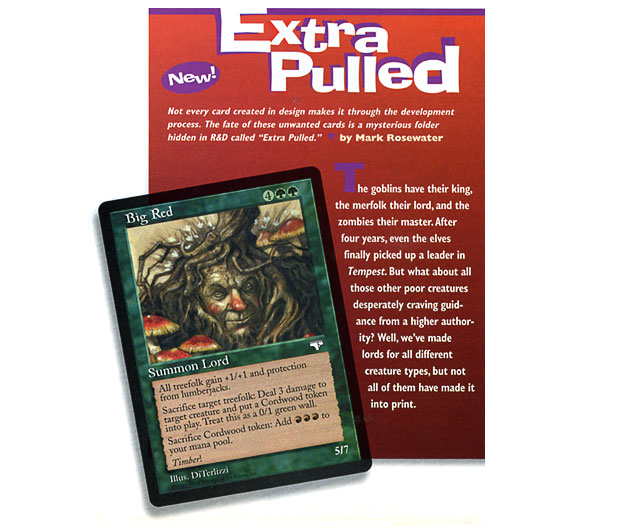 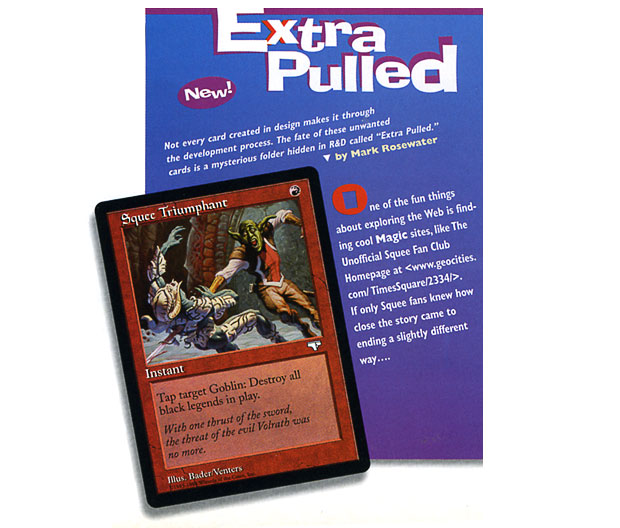 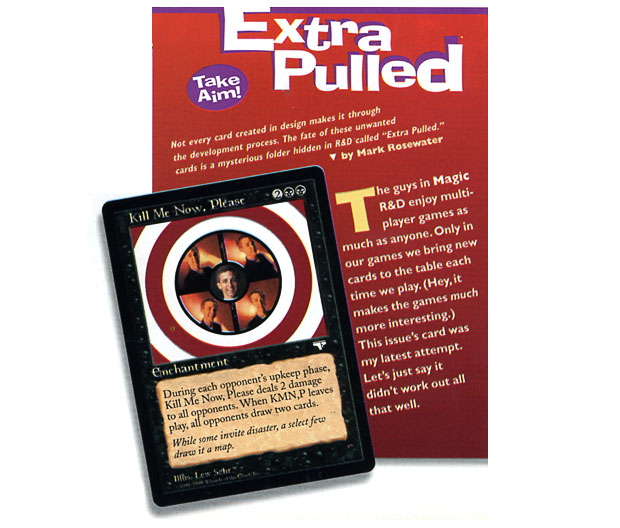 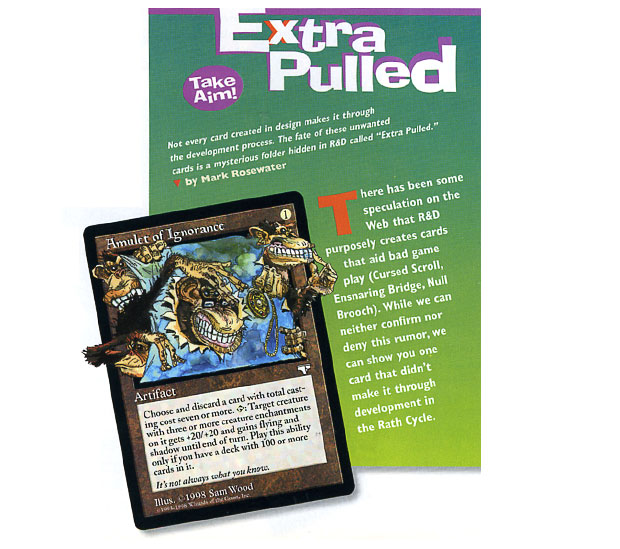 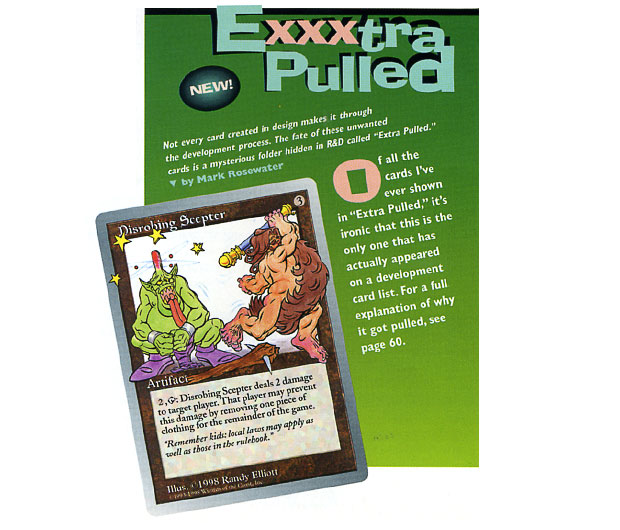 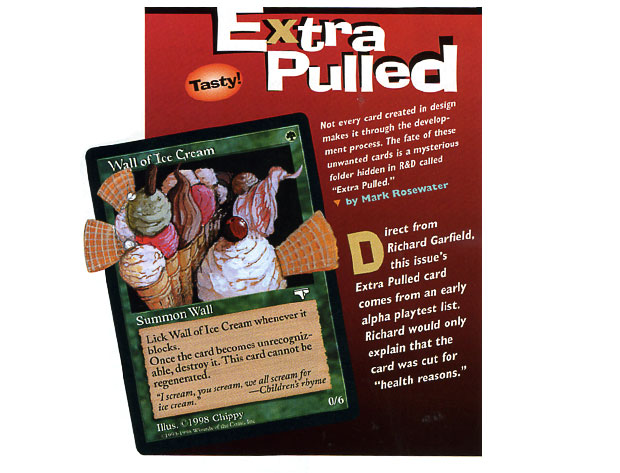 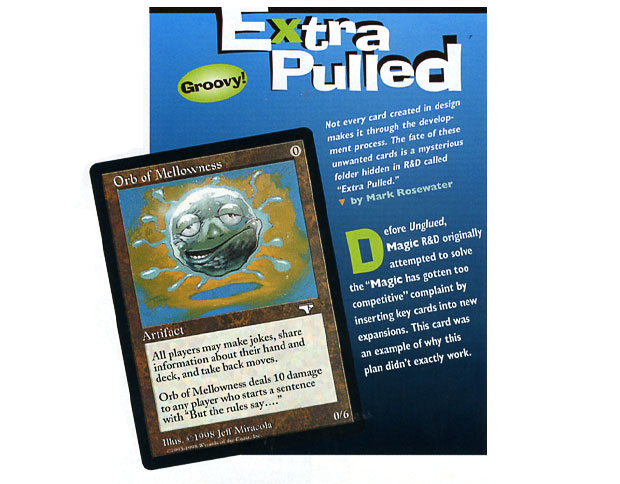 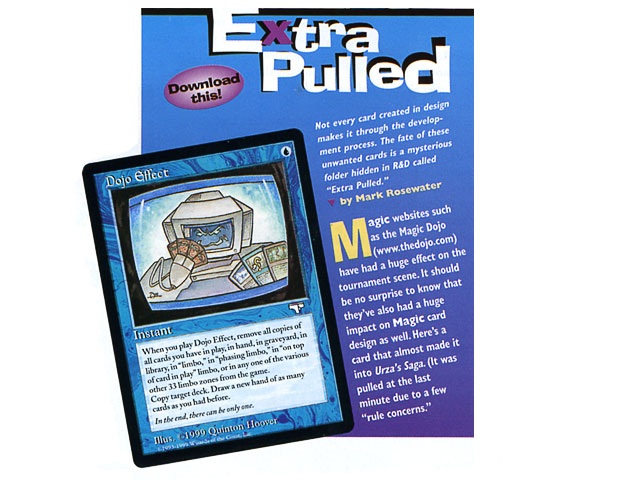 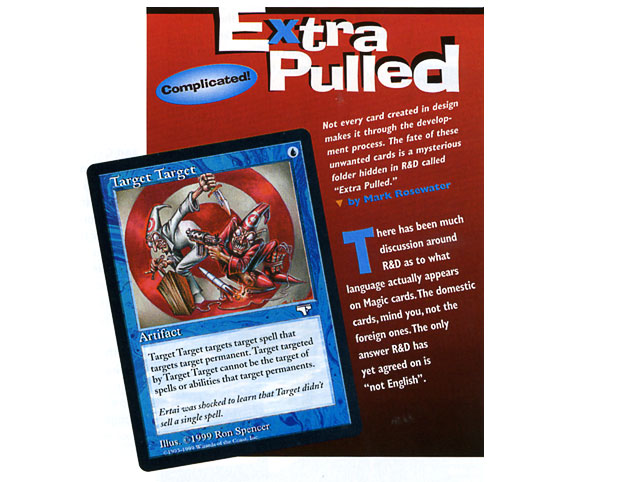 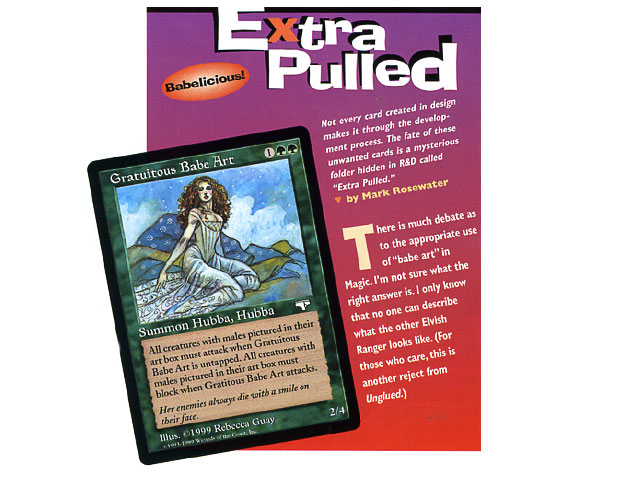 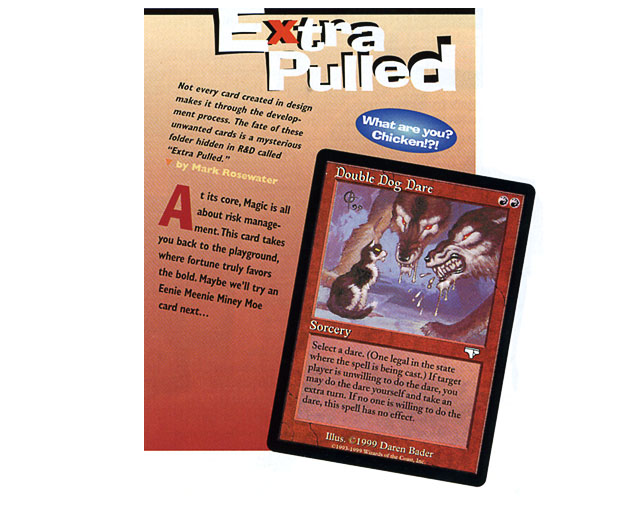 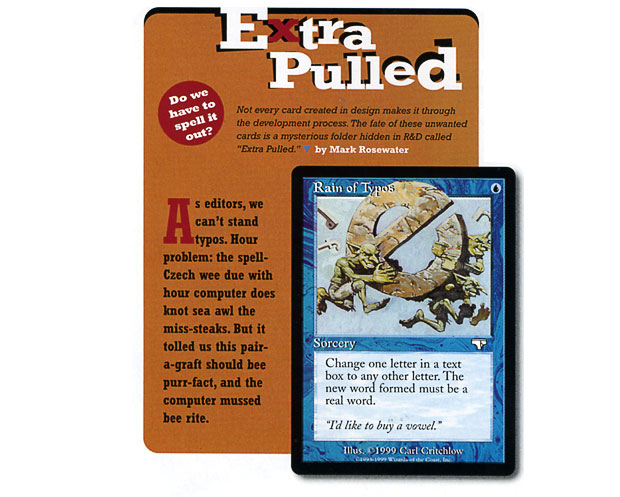 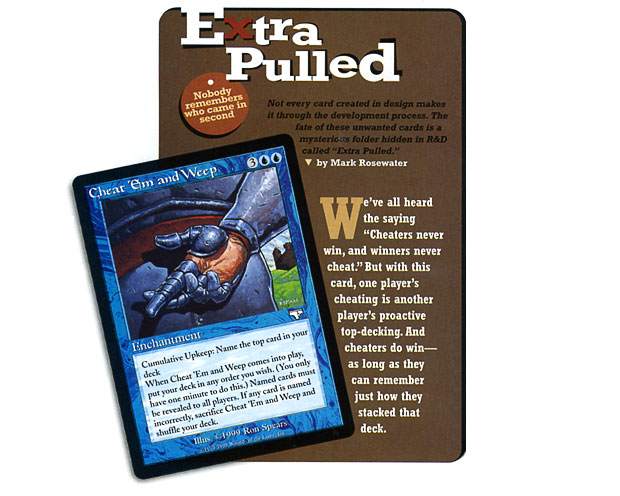 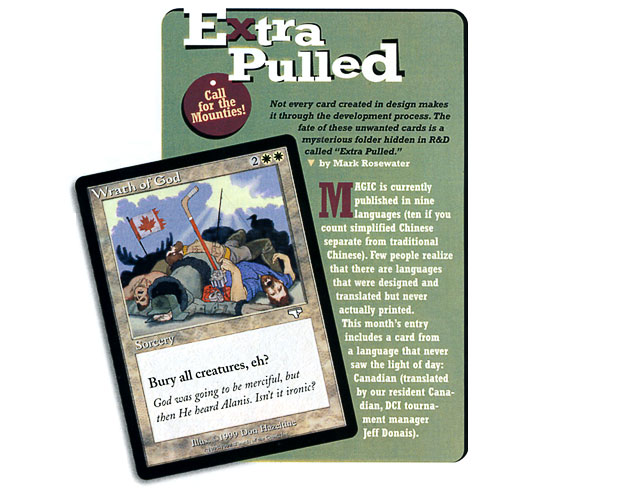 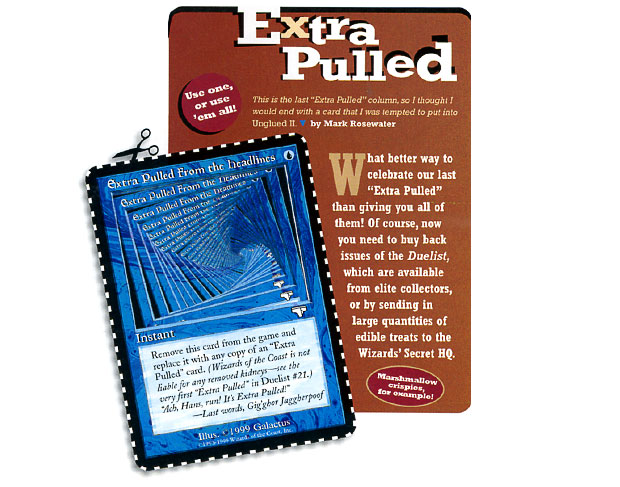