Featured Game on Duels of the Planeswalkers

Come and play Magic: The Gathering – Duels of the Planeswalkers with members of the creative team from Robot Chicken on December 10, 2010!

Magic: The Gathering – Duels of the Planeswalkers from Wizards of the Coast is an epic game of fantasy and strategy, where you unleash a torrent of fantastic creatures and devastating spells to destroy online foes in your quest for domination. Complete with crisp 3D graphics and animations, robust game play and a user-friendly interface, players can battle real life opponents or play through an extensive single-player campaign that offers unrivaled depth in which each game is different. 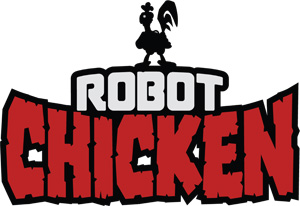 Robot Chicken is the highly rated stop-motion animated sketch comedy series where action figures find new life as players in frenetic sketch-comedy vignettes that skewer TV, movies, music, and celebrities. The show debuted in February 2005 and currently airs in the US as part of Cartoon Network's Adult Swim block. Its latest season (season 5) is set to premiere on January 9th, 2011 and will include a new hour long Star Wars special scheduled to air on December 19, 2010 and a Christmas Special on December 12th, 2010.

The following members of the Robot Chicken creative team will be ready to take on challengers in the featured game, Duels of the Planeswalkers, in the PSN Home Gamer's Lounge between 3pm – 5pm PDT on December 10, 2010. Come say hello, challenge them to a duel, and if you manage to win you will be one of the first to earn the limited Spellslinger trophy!

Douglas Goldstein is the co-head writer and co-executive producer of Robot Chicken, the most popular original show on the late-night Adult Swim programming block. Robot Chicken's fifth and sixth seasons plus the third Star Wars special all go into production soon.

Goldstein has written the half-hour animated pilot The Neighborhood for Fox Studios and developed the game show Head Games with Wildbrain Entertainment. He is a writer for Electronic Arts' Spore: Galactic Adventures video game, and has developed animated television shows and features for Nickelodeon, Dreamworks, Paramount and Disney.

Before starting the show, Douglas Goldstein was a founding member of Wizard Entertainment Group, the leading collectibles and entertainment magazine publisher with over 3 million monthly readers worldwide. Goldstein wore many hats at his 13 years at Wizard Entertainment, including Editor, Senior Editor and VP of Special Projects. He conceptualized, launched and oversaw projects involving every aspect of youth entertainment, including the publications Anime Insider, Toy Wishes, ToyFare, Toons, Sci-Fi Invasion, and numerous custom publishing works on Hollywood films and entertainment properties.

It should lastly be noted that Douglas Goldstein is the writer of Robot Chicken's famous "Emperor's Phone Call" sketch, no matter what Breckin Meyer tells you.

Mike Fasolo is a Writer, Voice Actor and Creative Director on Adult Swim's Robot Chicken. Any sketch that makes you laugh is most likely one he wrote. He enjoys dog sledding, shark wrangling, Revolutionary War reenactments and video games. He once played a game for 17 hours straight without getting up to go to the bathroom. The smell has never quite left his room.

The Earth-shatteringly powerful Hugh Sterbakov has an MFA in Screenwriting from UCLA and you don't. He co-created and wrote the critically acclaimed comic book "Freshmen," and has written over 1000 articles for such illustrious rags as Time Out New York, GamePro, World of Warcraft: The Official Magazine, ToyFare, Gamespot and CNN.com. He has sold TV and feature scripts to AMC, UPN, Urban Entertainment, the SciFi Channel and Disney, and is currently developing "Freshmen" as a feature film. If you're still not impressed, Hugh also story edited a reality TV show called "The Mansion" and created missions for Spore Galactic Adventures. Oh, and he was nominated for an Emmy as a writer for the Star Wars: Robot Chicken special, and you weren't.

Clare Grant is a Memphis born actor who grew up in the local theatre scene. After graduating from the University of Memphis for Theatre Performance, she had a short modeling run overseas before she began acting professionally after booking a small but pivotal role in Walk the Line, after which, she moved to LA to pursue acting full time. While in Memphis, Clare met local director, Craig Brewer, who cast her in several indy films before casting her in his first studio film Black Snake Moan & then later in his MTV series $5 Cover. Since then, Clare has found luck in LA, booking leading roles in the Emmy award winning Showtime series Masters of Horror as well as several other films an television shows, including voicing several characters on Robot Chicken. Clare has also produced & starred in the short film Saber, which won two awards in the Star Wars Fan Film Awards, as well as the viral hit Team Unicorn: G33K & G4M3R Girls.