The shards of Alara can supply a menagerie of mighty creatures for a planeswalker's summoning arsenal, but beware—these same beasts can also represent dire threats to the planeswalker's own life. 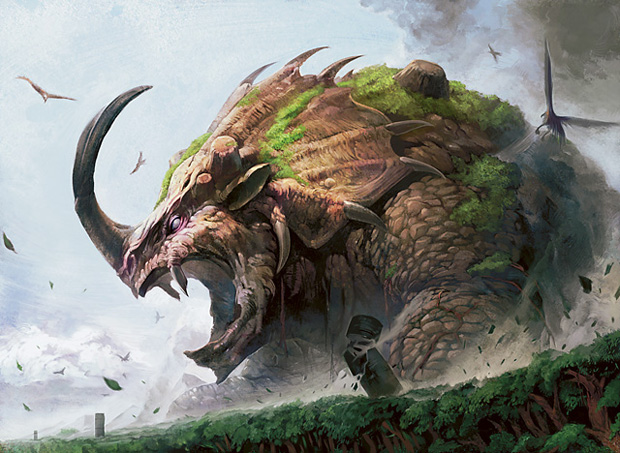 Naya's behemoths, sometimes called ancients or gargantuans, stride thunderously among the mountains and jungle flora. Worshipped by many elf and human societies as gods, awe-inspiring alone and unstoppable in numbers, the behemoths outshine the mere dumb beasts of other worlds. 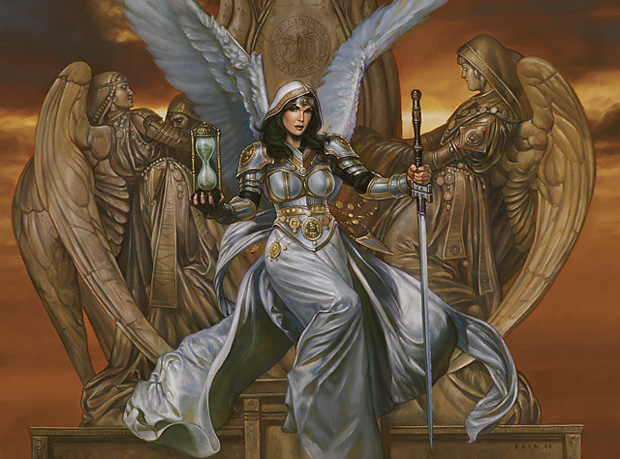 A host of angels watch over the mortals of Bant. Like Bant society below them, angels live in an ordered hierarchy from the Celebrants at the base, to the watchful Mahra and the ideal-embodying Amesha, to the handful of noble Asura at the top. 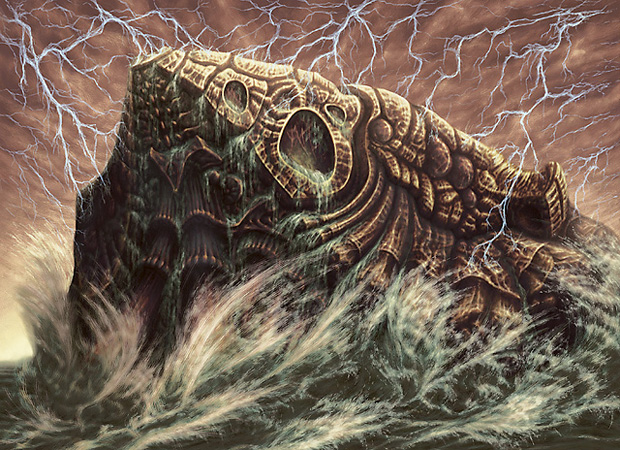 Above Esper's shimmering seas fly the sphinxes, powerhouses of intellect who govern the plane by riddle and divination. But it's below those opaque oceans that Esper's most fearsome creatures lurk. The monstrous leviathans of Esper thrash below the coldest depths, unaffected by vedalken tide-control magic and largely immune to the whims of planeswalkers. 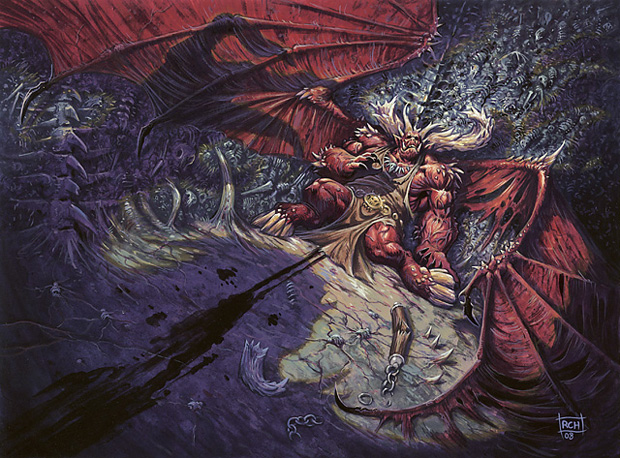 Among the abominations and undead horrors of Grixis, the demons lord over all with sadistic bemusement. The epitome of all the power and advantages of black mana, demons make tempting targets for summoning. But, of course, every contract with a demon has fine print—and it's always in the demon's favor. 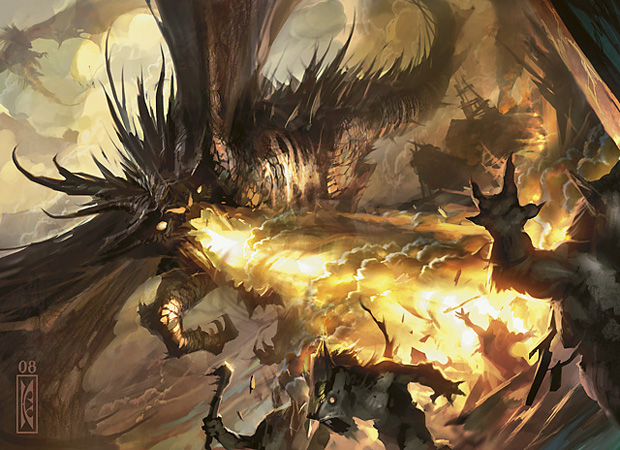 And then there's the dragons of Jund. Embodiments of the volcano's rage and the insatiability of the wild, dragons tend to tear apart and devour any who would summon them. But when a mage proves his or her will equal to that of a dragon, nothing on any of the shards of Alara can stand in his or her way.

The shards of Alara represent a fully-populated ecosystem stocked for dramatic creature summonings. Just ask the four planeswalkers currently living among them.