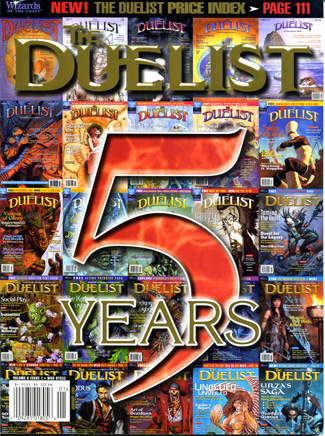 he Duelist premiered in January of 1994, six short months after Magic: The Gathering made its big splash at GenCon. Five years and 33 issues later, they took a multifaceted look at the history of the most popular game in the world.

A little over ten years after that, we take a look back at their retrospective in honor of Origin Stories Week. These articles, some republished here for the first time, follow the early life of Magic—from a hurried pitch by an excited grad student to the development of the Pro Tour and more.

For more about Magic's early days, see Mark Rosewater's article about his first encounters with the game.