Form of the Vanguard

ormally, we don't accept outside submissions, especially for Magic Arcana. After all, who knows more about the inner workings of Wizards of the Coast than us?

However, we got this email from Matthew Tang about a Halloween-themed tournament called "Form of the Vanguard", and frankly, there's nothing we can do to improve upon his description and pictures. So, take it away, Matt!

For this tournament, we had 5 players of varying skills and costume complexity. 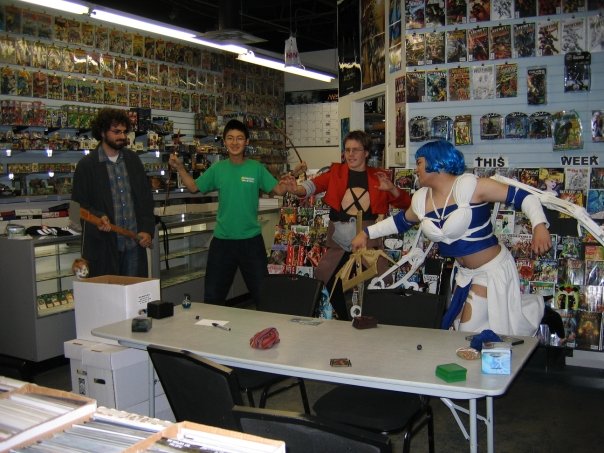 Akroma didn't need to attack since she intended to Combo out. Elvish Champion felt screwed as he needed to get rid of Uncle Istvan and didn't run hurricane. Uncle Istvan with Discard was slightly pointless against Mishra dropping his entire Affinity hand. The only person who had a chance to beat Akroma was Teferi, so Mishra needed Teferi alive for as long as possible. Teferi ran a Vintage CounterDeck... with no Counterspell!

- Akroma's first turn Painter's Servant naming black essentially winning her the game
- Teferi flashing in random Spiketails to block rather than counter spells
- Uncle Istvan playing Null Rod to shut down Mishra's Affinity and Akroma's Grindstone
- Everyone's face when they realized Akroma had Aura of Silence out to take care of Null Rod for Grindstone fun
- Teferi's Evacuation which meant Mishra could only play Frogmites and Phyrexian Walkers with the Null Rod in play
- Akroma's routine end of turn Scroll Rack, double Land Tax upkeep, and Breastplate Readjustment
- Teferi's inability to flash in a Platinum Angel after being hit by Grindstone due to double Aura of Silence
- Uncle Istvan's death by double Dark Confidant (and almost losing his Form from said life loss on multiple occasions)

The players also took some time to play a round of Magic Card Charades. Play along! 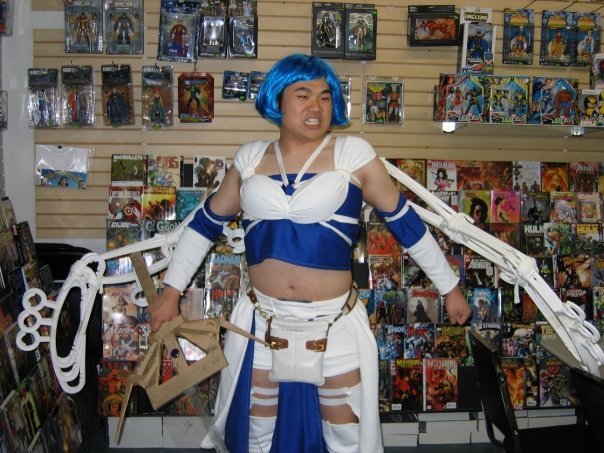 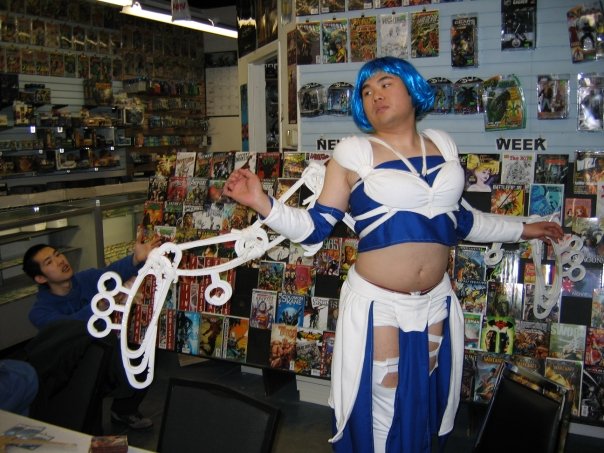