t's hard to believe, but it's been just over a year since I, and Mike McArtor, took over DailyMTG.com from Kelly Digges. Oh how time flies when you're having fun!

I wanted to share with you all the changes to the lineup for DailyMTG.com next year.

Requisition: 1 Cannon for the Lab 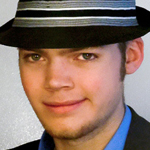 Mike Cannon, a columnist from GatheringMagic.com, will be taking over as the author behind the beloved Johnny column, From the Lab! Mike and I worked together before I came to Wizards of the Coast and he was one of the people I spoke with as a potential author for From the Lab. After interviews, discussing intentions and ideas for the column, and reviewing his writing, we decided he was the man to bring the Johnny column back into the weekly lineup for DailyMTG! 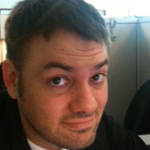 This week was Steve's farewell as the author behind Limited Information. He's still going to be doing event coverage for Wizards and he might pop back into DailyMTG.com down the road, but for now he will be passing the mantle to a name some of you might have heard of before...

Marshall is well known for his podcast, Limited Resources, and his work on covering the Pro Tour, and now he'll be well known for putting his wisdom to digital ink on the presses of DailyMTG.com. 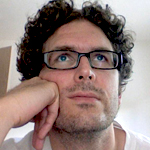 The creative team is a bunch of busy people. Tasked with worldbuilding, story writing, and character creation for all of Magic keeps them all quite busy. They are constantly hard at work on Magic's upcoming sets and other projects.

Jenna Helland, author of Uncharted Realms, has been moved to work on another project, which will take her away from the column. To replace her we have the awesome Adam Lee coming to share stories and put his own spin on Uncharted Realms.

Lastly is the change to Daily Decks.

One of my goals with Daily Decks was to make it a rotating post among Magic's top pros. We started with the past six months having Conley Woods, Master Magic Brewer, sending in decks from around the Magic web. He's done phenomenally well and has been a major boon to the website. His time in the post has come to a close, though, and we begin next year anew with another well known Magic pro: 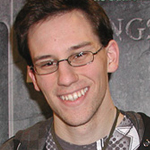 Sam's a Platinum-level pro, the 2008 World's Team Champion (alongside Paul Cheon and Michael Jacob), and a well-known deck builder at the highest levels of Magic. While continuing to write for StarCityGames, he'll provide the Daily Decks for DailyMTG.com. We're very excited to have him aboard!

Historically, next week (December 17—21) would be the first of two weeks of reruns, or best-ofs, for DailyMTG.com. I wanted to try something new this year, so next week will instead be Magic Online Week. We'll be giving all of our weekly authors the week off and instead pulling in new authors, and perhaps a few you already know, to provide content for DailyMTG.com.

As with all of these sorts of articles, I urge you to use the email link at the bottom to send me your feedback about these changes and about the site as a whole. I read every feedback email I receive.

PS: Be sure to check DailyMTG.com on December 24, 2012, and every day that week. I'm sure you'll find something worth unwrapping.