t probably wasn't surprising that Innistrad got my creative juices flowing. Dripping with flavour, it is a set that has lots of very cool cards that seemed to be asking to be played around with. With my local Friday Night Magic being busier than ever, there's a lot of competition in Standard right now, and the rewards for roguishness are bigger than ever. 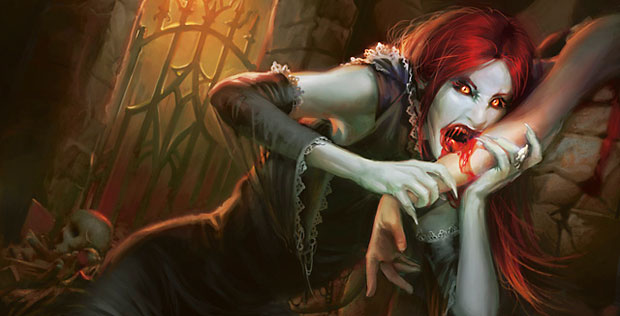 Playing off-the-wall decks scratches most of my magical itches. It's fun doing something different. Often rogue decks work out being easy to build, as you are trading for cards that other players might not want. And you can even score some cheeky wins where opponents don't quite know what you are up to. Sometimes a rogue flourish can consist of just a select few cards in a sideboard, while on other occasions it will be a whole deck. If this sounds like the sort of thing that works for you, then read on, as we look for new ways to rock just about every format with Innistrad.

One of the first ways that I go about finding fun cards to play in tournaments is to build decks that are mainly just about me having fun. My current Commander deck using Grimgrin, Corpse-Born is a great example. Commander, in addition to being a really fun format, is a good place to try out a lot of cards in one go. I've always had a rather soft spot for Zombies, and with a sweet blue-black commander shambling over the horizon, I was sold from the start. For an extra challenge, I forced myself to have only Zombie creatures. Being the sneaky devil that I am, I like to build themes into my decks, both to amuse myself and to present a fun image at any table I'm playing at. That way, when a beastly combo comes along, it is a much greater surprise. 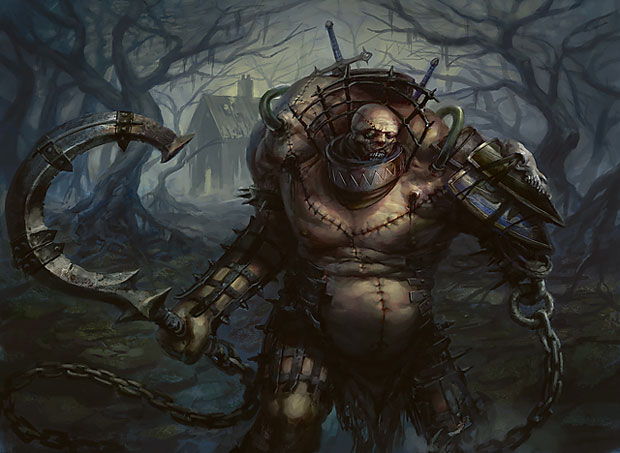 Innistrad gave me a great set of cards to work with to ensure that my Commander deck seemed fresh, including all of the following;

I chose not to use any of the stitched-together Zombies like Skaab Goliath, as Commander has plenty of ways of getting back creatures from the graveyard, and I didn't want to have my own creatures eating each other before they had had a chance to shine.

Of all the cards in that list that excited me, the one that really stood out was Undead Alchemist. Most Zombie decks like to attack a lot, but the idea of eating players' brains by decking them is the sort of plan I can really get behind. The missing piece of the puzzle to do this? Altar of Dementia. With Altar of Dementia out, along with any way of making Zombies bigger, I have managed a few games where I have from nowhere decked a player or two. Sacrifice a Zombie to mill a player for two (or hopefully more), and then if I hit a creature, I get to do so all over again! The fact that Undead Alchemist exiles the creatures that get milled means that even a big Eldrazi won't help my opponent, as if I mill players on their turn rather than mine, my exile trigger will resolve before their shuffle trigger. Sneaky huh?

Being roguish with Commander decks is particularly fun as you can simply build in lots of little combos, and see which work. See how many you can spot in this final list.


One of my personal favorite combos in there is Altar of Dementia with Tombstone Stairwell, to first mill yourself and make Zombies, then mill out opponents. Sedraxis Alchemist is fairly filthy with Rooftop Storm at building up storm count for Brain Freeze, and the Storm can also make for some nifty big turns in general for this deck. Speaking of the general, Grimgrin has proven that he can quite happily get in for 21 without issue in this deck. It has definitely provided some food for thought for me in other formats.

Keeping to blue-black strategies for a moment, one nice rogue option that I found while scouting around Grand Prix Milan was the combination of Laboratory Maniac and Divining Witch. This neat little two-card combo lets you win out of nowhere by exiling your whole deck with Divining Witch when you name a card that isn't even in there. Better yet, Divining Witch can find Laboratory Maniac for you on its first activation, to make hitting your combo that much easier. As a compact sideboard package for Legacy combo decks looking to have a resilient backup plan if their main plan is counteracted by sideboard cards like Mindbreak Trap, this seems a good one.

Laboratory Maniac is a card I haven't managed to make work for Standard yet, though. In my deck builder's notebook, it is still listed with a big question mark next to it. I'm sure its time will come, but for now my focus lies elsewhere.

I rather enjoyed playing the Puresteel Paladin Equipment deck, and when Innistrad first emerged, I thought that Champion of the Parish might push it over the top. That doesn't seem to have quite worked out, but playing the deck a little did hammer home to me the power of hexproof creatures, which rather got me thinking. I like drawing cards and suiting up my team, but perhaps there's a different way to do it? The power of giving Geist of Saint Traft an Angelic Destiny has already been seen in some Standard decks, but could it go even further?

The direction I chose to go is to take powerful hexproof creatures like Geist of Saint Traft and Invisible Stalker, and combine them with the card drawing of Mesa Enchantress. As it turns out, there are plenty of good enchantment options out there that let the deck be a little more controlling while suiting up its team. Stony Silence is amazing against Equipment, Nevermore and Oblivion Ring each serve to deal with whatever threat might come along, and Bonds of Faith does a neat job of either pumping my monsters or stopping many of my opponent's. Check out the list:


The deck is fun, and can both attack hard and control the game—my kind of plan for any deck I take to a tournament. The Ghost Quarters are a recent addition to combat Kessig Wolf Run decks, which were otherwise a little tricky to deal with. As a rogue deck this one will certainly be able to give you a few different options for next Friday night. One thing to note is that even though this deck is certainly a little off the wall, it is still playing with powerful cards and doing powerful things. The element of surprise is not going to be worth a lot if the surprise is a small one. Make sure that when you get people, you get them in a big way!

If you're looking to try something different, Innistrad is certainly a great set to do it with. As a parting shot, I'll leave you with the most recent scribbled note in my deckbuilder's notebook, which struck me this very morning as I was struggling to make it out of bed.

"Note to self – if you make a creature token of Civilized Scholar, it can't flip, but will still untap if you discard a creature when you use it. Is there a Back from the Brink deck in there somewhere?"

I really hope to be able to bring you the answer to that question at an FNM very very soon!