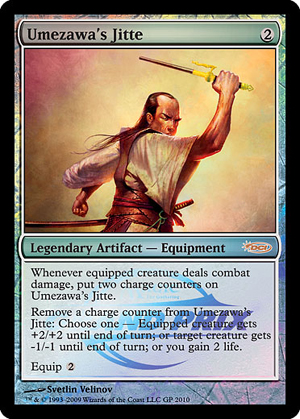 Join the fun in Public Events including Grand Prix Trials on Friday, 8-player pick-up games, Casual Standard Dueling, a Pro Tour Qualifier, a Legacy tournament and more. Meet Magic artists Aleksi Briclot and John Avon and get your cards signed, and watch Aleksi produce an original piece of Magic art on Friday night! Battle against a Pro in the ‘Champions Challenge’ or try out Duels of the Planeswalkers on Xbox LIVE® Arcade. Or take part in the main tournament and get a cool foil Umezawa's Jitte promo card!

Whatever you want to do, Grand Prix–Gothenburg will be a weekend to remember!

The main tournament at Grand Prix–Gothenburg is open to Magic players of all ages.

The Head Judge for Grand Prix–Gothenburg is Scott Marshall.

Saturday August 28, 2010
Half Price Drafting
Participate in an 8-player single elimination draft tournament before 15.00 on Saturday and pay only half the normal entry fee.

11:00 EDH pick up tournaments (Entry fee: SEK50; Each player will be given an "EDH Ticket". When a player eliminates another player, he takes the other player's ticket. Each ticket can be redeemed at the Public Events registration desk for two boosters of Magic 2011(while supplies last, during registration hours); Games will begin as soon as 4 players register. Players will play a single EDH game. Current EDH rules can be found here.

09:00 EDH pick up tournaments (Entry fee: SEK50; Each player will be given an "EDH Ticket". When a player eliminates another player, he takes the other player's ticket. Each ticket can be redeemed at the Public Events registration desk for two boosters of Magic 2011(while supplies last, during registration hours); Games will begin as soon as 4 players register. Players will play a single EDH game. Current EDH rules can be found here.

12.30 Magic 2011 Sealed deck tournament. (Registration closes at 12.15; Entry fee SEK250; Prize pool 2 boosters PP; Product: 6 Magic 2011 boosters, 5 rounds, prize payout based on point standing)
The start of the last public events will be four hours prior to the estimated end of the main event but not earlier then 16.00. 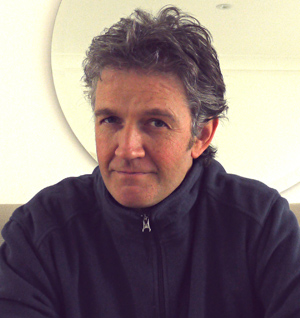 John Avon is an Illustrator living in the United Kingdom and has been working professionally since 1983. He has illustrated many hundreds of book covers for well-known authors in many areas from Science Fiction, Fantasy, Horror to History and Psychology. He has also worked on National Advertising Campaigns, CD covers, Game, Toy and TV Development.

Magic: The Gathering has been a key element in his career and since Mirage, his artwork has been featured in almost every expansion of the game. Primarily, John works on environments, some very strange settings and the odd bizarre creature! He loves working for Magic as it gives him the freedom to constantly re-invent exciting worlds and stretch imagination to the limit. 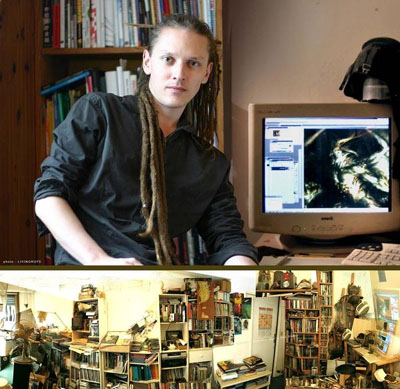 Also an illustrator, he is one of the main card and packaging artists for Wizards of the Coast (Magic: The Gathering, Dreamblade) and has drawn pieces for RPG books (hundreds of interior illustrations), magazines, and comics. He did covers for Mage, Vampire , C.O.P.S Rpgs, Tolkien, J.V.Jones, Bradley books, Horrorclix (Wizkids) packaging, Privateer Press, World of Warcraft gaming cards.

See below for how you can get an exclusive look at Aleksi creating a piece of Magic art live and in person on Friday night.

Come to Grand Prix–Gothenburg and watch one of Magic's biggest artists paint a Magic 2012 card live on his computer.

This is the art description of the card:
Color: Red creature
Location: Mountain area
Action: Show a fiery phoenix that's been summoned by the fire mage planeswalker Chandra Nalaar. Perhaps the phoenix spreads its fire-wings, dominating the frame, but in the background we can see Chandra conjuring/summoning the creature as if she was throwing a blast of fire at the viewer. The whip-smart mage Chandra has her trademark goggles up on her forehead, and her hair is literally made of flame.
Focus: The phoenix should be the main focus of the piece.
Mood: A legendary bird that's as fiery as its master.

Register online or at the Grand Prix and join your local Magic group.

In advance of the Grand Prix, we will post competitions and other fun stuff for you to win cool Magic prizes or a free draft at the Grand Prix! Check it out on community.wizards.com and search for the Magic Sweden group, Magic Denmark group, Magic Finland group, Magic Norway group, etc.

Want to see how you fare against the Magic champions? Come to the Champions Challenge area and test your skills against top pro players for free. If you beat the Champion, you get a Magic 2011 booster!

The Goteborg Convention Centre is located in the same complex as Hotel Gothia Towers, the tallest building in Gothenburg. The popular Liseberg Amusement Park is right across the street.

You can find a map and directions to the Goteborg Convention Centre here.