Get your free promo card by playing in the Grand Prix (while supplies last).Important Notice About Prizes at Grand Prix–Hanover

Local authorities in Hanover requested that Wizards of the Coast cease paying cash prizes at Grand Prix–Hanover, and we are complying with this request. The top 64 competitors will instead receive credit for goods from Wizards of the Coast and/or our partners. In addition, we are reducing the entry fee to €15. We apologize for any inconvenience caused by this change.

Meet Magic artists Volkan Baga and Steve Prescott and get your cards signed. Battle against a Pro in the "Champion Challenge." Or take part in the main tournament and get a cool foil Chrome Mox promo card!

Whatever you want to do, Grand Prix-Hanover will be a weekend to remember!

The Magic: The Gathering Grand Prix tournament series is a great reason to get out of the house, catch up with old friends, meet some new ones, and play Magic. Grand Prix tournaments are world-wide open events that allow all Magic players to participate and experience the thrill of a large-scale competition. In addition to Pro Tour invitations for the top 16 finishers and exclusive foil promo cards for participants, Grand Prix feature a host of other activities, including public events and artist signings. Find out more about the Grand Prix tournament schedule here.

The main tournament at Grand Prix–Hanover is open to Magic players of all ages.

Open Dueling
In the open dueling area you can play quick games with other registered players. You can earn cool promos and if you don’t have a deck, there are intro decks available.

ARTISTS: STEVE PRESCOTT and VOLKAN BAGA
(Note: rk Post will not be in attendance as previously announced. Wizards of the Coast apologies for any inconveniece. As a replacement, Volkan Baga will be appearing at the event on Saturday. 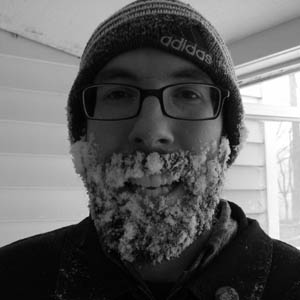 Steve Prescott has been working as an illustrator in the gaming industry since the mid 90s. He has done countless jobs for White Wolf, FASA, Fanpro, Paizo Publishing, Upper Deck, Kosmos (BlueMoon Buka), and Wizards of the Coast. In 2005, he was called upon to help concept design the Lorwyn block for Magic: The Gathering, earning him the opportunity to paint the prerelease Wren's Run Packmaster card and some 40 other cards for the block including Shriekmaw, Brigid, Hero of Kinsbaile, Knollspine Dragon, Rhys the Exiled, Rhys the Redeemed, Augury Adept and Stonehewer Giant, not to mention the packaging artwork for Morningtide. Steve also has numerous cards in the Shards of Alara and Conflux sets and has his hands in upcoming Magic projects as well. 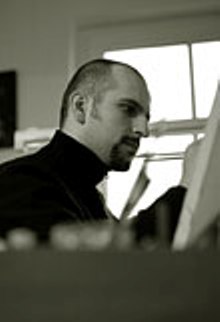 Volkan Baga is one of the next generation of artists crafting amazing images for Magic: The Gathering. Currently living in Würzburg, Germany, this 31-year-old is no stranger to great Magic art. Having worked as a studio assistant to Donato Giancola, Volkan developed strong classic roots. Baga’s Stoic Angel, Elspeth, Knight-Errant and Ranger of Eos from Shards of Alara demonstrate his timeless style.

Travel by Car
Directions can easily be found at the venue website www.hcc.de.

Travel by Plane
Hanover has an airport which connects to a number of big cities in Europe. The official website of Hanover-Langenhagen Airport, including timetables of arrivals and departures, is www.hannover-airport.de.

Public Transport to Venue
To access the Hannover Congress Centre, take bus 128 from Hanover Main Station (“Hauptbahnhof”) towards “Peiner Straße” or bus 134 towards “Bus Depot Süd”. This will take you approximately 10 minutes. Tickets can be purchased from the driver.

Things to See/Do
If you want to explore Hanover, you can take a look at the website www.hannover.de.