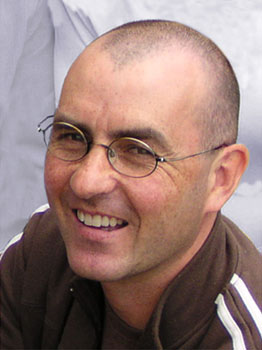 Warren works from his home in New Zealand concentrating on freelance illustration for a variety of publishers around the globe, including: Wizards of the Coast (Magic: The Gathering, Star Wars RPG and Minis, D&D RPG and Minis), Paizo Publishing (Dungeon and Pathfinder mags) and Upper Deck (World of Warcraft Trading cards). Prior to freelancing Warren worked full time as a concept designer in the film and television industry in NZ, predominantly working for Weta Workshop Ltd in Wellington. The epic film trilogy The Lord of the Rings, King Kong and The lion, the Witch and the Wardrobe are just a few projects on his résumé. He worked with a variety of mediums, ranging from clay to computer aided rendering, to help achieve the desired results. Warren continues to have part time input into creating all manor of weird and wonderful things for Weta when required.

See a list of Warren Mahy's cards at Gatherer.