Get your free promo card by playing in the Grand Prix (while supplies last).Australia welcomes players to the nation’s great sporting capital of Melbourne. Home to Australian Tennis Open, Formula 1 motor racing Grand Prix, the Melbourne Arts festival, the world-renowned Melbourne Cup and the most parochial footie fans in the country, Melbourne now opens its doors to the biggest thing in Australasian Magic—the Melbourne Grand Prix.

Take part in a weekend of fun-filled Magic weekend with bunch of exciting events. Renowned Magic Artist rk Post will be in attendance for card-signing sessions. There is a great program of public events with something for everyone. And of course players in the main tournament get a cool foil ‘ Chrome Mox’ promo card!

The main tournament at Grand Prix–Melbourne is open to Magic players of all ages.

In addition to the main event GP Melbourne will feature a great program of public events sure to excite players new and old. Remember, each day of the event (Fri-Sun) every player playing in ANY event goes into the draw to win a Return of the Exiled boxed set. That three sets up for grabs!

5pm : 'Dungeon of Magic 'Super FNM. Format Zendikar draft. Every player gets an entry into the draw to win a Blue Ray Disk Player sponsored by the Dungeon of Magic! Each player also gets An October FNM card just for participating. Prizes FNM Cards from Magic past and boosters. Entry $20

6pm: Ladies Invitational. Standard Constructed. All players receive a rare participation foil. Zendikar Booster prizes., (all players will win at least 1 booster). If 8+players enter this will be a sanctioned event, if not it will be casual non rated. $10 entry

Noon onwards: Learn to play Magic Intro Pack challenge. Entry gets you a Core Set Intro Pack and you fight it out in an open duelling format. Never played? Just learnt? Now's your chance to give it a go. Entry $20 and everyone wins a prize!

3pm : 2HG Metagame Sealed (Sealed deck goodness featuring all sets currently in Standard). Bring a bud and smash some face! Booster prizes with every player wins at least 1 booster. An Ion Deck Box plus more boosters for each player in the winning team,. Entry $50 per team.

6pm: Planechase Multiplayer. Do you have the negotiation skills and Magic chops to come out on top? Winners receive choice of signed RK Post prints or Ion Deck Box plus boosters. Every player wins at least one booster. Entry $40.

10 am : PTQ San Diego. Win a flight and an invite to Pro Tour Austin in the USA. Second gets at least 1 display of Zendikar. Format Zendikar Sealed. Entry $40

12.00: 'Good Games' Standard. First prize will be a Wii, sponsored by Good Games. Second will receive at least a half display of Zendikar, with every player guaranteed at least 1 booster. Entry $20

2pm : Legacy Championship of Victoria. First wins a trophy and major bragging rights as State Champ! There will be great prizes appropriate to the event. Entry $20

6pm: EDH. Reckon you've got what it takes to be the best EDH player around? Come along and prove it! Winner gets a mounted print and everyone wins at least 1 booster. $10

Please note schedule and prize structure may be subject to change. 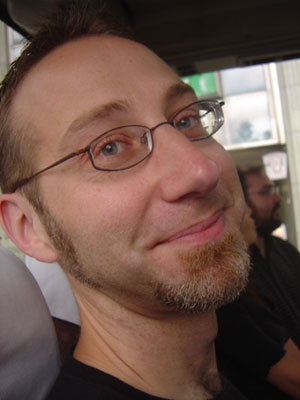 Just prior to graduation from Northern Illinois University in 1994, rk post started freelancing the fantasy gaming industry doing interior illustration for several major game companies, gradually teaching himself how to paint with acrylics and eventually oils.

rk garnered a staff illustration position at TSR (a company purchased by Wizards of the Coast soon after) in the fall of 1996 painting cover illustrations for games and novels. WotC and rk parted company in the winter of 2000 and now he doubles as a full-time freelance illustrator still contracting assignments. He currently works full time as a senior environmental artist for Sony Online Entertainment on an MMO, The Agency.

rk post has his collected works available in a hard cover art book, Postmortem: the Art of rk post.

Flying is the most convenient mode of transportation for most visitors traveling to Melbourne. Domestic flights are also easy and convenient, cutting down on journey time.

A number of domestic carriers service a majority of large provincial cities dotting generously across the country. Train services connect Melbourne to all regions of the country. At the local level, diverse forms of transportation are provided: city buses, Melbourne’s famous trams and taxis and rental cars are all readily available.

Air: More than 20 international airlines serve Melbourne International Airport, which is conveniently situated about 30 minutes from the heart of Melbourne. Together they provide scheduled flights from destinations all over the globe.