Join the fun in Public Events including 8-players pick-up games, Casual Standard Dueling and more. Meet Magic artists Rob Alexander and Jim Nelson get your cards signed. Battle against a Pro in the ‘Champions Challenge’ and try out Duels of the Planeswalkers on Xbox LIVE® Arcade. Or take part in the main tournament and get a cool foil ‘Chrome Mox’ promo card!

Whatever you want to do, GP Paris will be a weekend to remember!

The main tournament at Grand Prix–Paris is open to Magic players of all ages.

Friday
Grand Prix Paris Trials
Two local stores in Paris will organize a GP Paris Trial with a three-round bye for the winner.

The store will do registration for GP Paris until the evening of Friday, November 6. 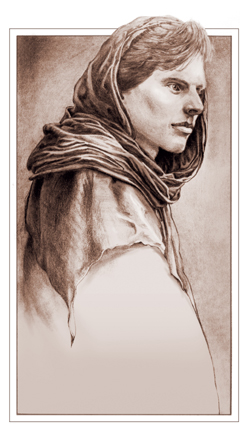 Rob Alexander is a Canadian born artist who has spent the past 18 years working primarily in the publishing and gaming industries. He has written and illustrated two books, "Welcome to My Worlds", a collection of his work released by Paper Tiger, and "Drawing and Painting Fantasy Landscapes and Cityscapes", an art instruction book from Quarto in the UK and Barron's in the USA. A third book, also from Quarto / Barron's, which focuses on architecture for the fantasy artist is currently in production and will be released late in 2010. He has also done conceptual art and world design work for the likes of Sony, Microsoft, Hasbro, Nickelodeon and Warner Bros.

An artist for the popular trading card game Magic: The Gathering since its inception, he has been a conceptual designer and artist for several recent releases, in addition to working on 10 other card games, including 45 pieces for the Lord of the Rings card game from Iron Crown Enterprises. Recently, he has also contributed to the Dungeons & Dragons universe, doing both conceptual world design and finished art for D&D 4th Edition, plus Dragon and Dungeon magazines.

His paintings have shown up on book covers and interiors for the updated "Guide to Shannara", as well as numerous novels from TOR, Harper Collins, Del Rey, Berkley and Taschenbuch, along with several collector and small press publishers like Donald Grant, Old Earth Books, Shadowlands Publishers and Tachyon Publications. His artwork has graced the covers and interiors of Amazing Stories, F&SF, Realms of Fantasy, Dragon, Inquest, The Duelist, and MZB's Fantasy magazine, as well as the cover to the French release of the multi user computer game Dark Age of Camelot.

Rob currently lives in the wilds of Oregon, where he loves to watch the mist on the hills, creating new worlds and exploring new ideas. 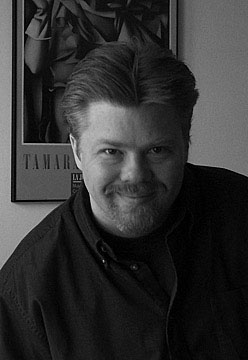 Jim Nelson is a Chicago-based illustrator and concept artist whose work has appeared in games like Magic: The Gathering, Dungeons & Dragons, and the World of Warcraft trading card game. Jim also designs collectible miniatures and has contributed work to comics, children's books, magazines and more. He's been working on Magic: The Gathering since 1997, when his work appeared in the Tempest set.

NOTE: The following hotels offer an interesting rate for Magic players. These hotels are however not endorsed by or affiliated with Wizards of the Coast. Hotels will accept reservations subject to availability of rooms and rates.

Please find hereafter the links, login and password available for you to book your reservation via the Disneyland Paris Business Solutions' online accommodation booking service.

The online booking service will be available as of 07/09/2009. The reservation payment is online by credit card.

Should you need any information on your reservations, the Disneyland Paris Business Solutions reservation team is available at 33 - (0)1 60 45 73 99

How to Get There

Travel by car
Free parking is available on the parking of Disney’s Newport Bay Club®.

Things to See and Do
The tournament location is located 5 minutes from the entrance of the park. Within walking distance you will find restaurants, bars, pubs and a numerous variety of fantastic entertainment possibilities.