Join the fun in Public Events including 8-players pick-up games, Intro Pack Open Dueling and more. Meet Magic artists John Avon and Anthony S. Waters and get your cards signed. Battle against a Pro in the ‘Champions Challenge’. Or take part in the main tournament and get a cool foil ‘Chrome Mox’ promo card!

Whatever you want to do, GP Prague will be a weekend to remember!

The main tournament at Grand Prix–Prague is open to Magic players of all ages. 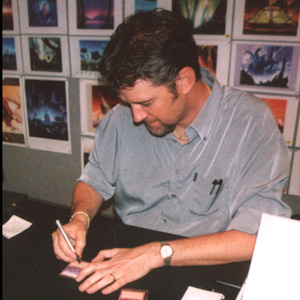 John was born in Wales in 1961 and grew up with drawing as his main hobby. Soon it became clear that being an artist was to be his role in life and alongside music, is his passion. From the early 1980’s John has worked on many book covers for notable authors, primarily in Fantasy & Sci/Fi, also working extensively on national advertising campaigns, product design, and recently a major board game (still in production).

Without doubt when John first worked on Magic: The Gathering (his first expansion was Mirage) he found an expression for his artwork. This still remains at the forefront of his work as a commercial illustrator. Sets like Ravnica and Mirrodin have enabled John to develop his skills and reach a worldwide audience. Whilst he is best known for his Land art, John recently worked on the ‘Sojourners’ cycle of cards for Alara Reborn and enjoyed putting figures into a fantastical setting.

John Avon lives just outside Brighton on the South Coast of England, with his illustrator wife Pat and two son’s Laurence and James. 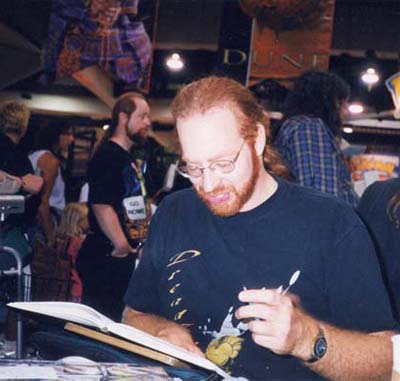 Anthony Scott Waters is a concept artist and illustrator based in Southern California. His career has taken him from the early days of interactive software all the way to Hollywood, with many stops in between. He’s known as a monster maker and environment designer for Magic as well as companies like Microsoft, Hasbro and Electronic Arts. His work has also been featured in Spectrum: The Best in Contemporary Fantastic Art, issues 9 through 14, and toured the country in the MacExpo Digital Art Show. His professional portfolio can be viewed at www.thinktankstudios.com. His Deviant Art contains a wide sampling of his work, possibly including things that could be considered deviant. bloated-nose.blogspot.com is where Anthony blogs, mostly about things much less disgusting than the blog's title might suggest.

Travel information can easily be found at the venue website www.incheba.cz

Things to See/Do
If you want to explore Prague, you can take a look at the website www.pragueexperience.com