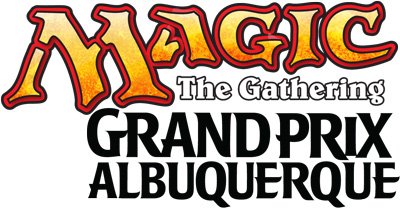 This is a magical gathering in every sense of the word. Players you know, players you don't, Hall of Fame players and players who've never played seriously. The chance to discover or rediscover Magic: The Gathering and make friends who understand you.

This is Albuquerque's first Grand Prix and the 20-year strong Magic community is stoked to meet YOU. Poetic Sunsets, 700-year old petroglyphs, and the breathtaking Sandia Mountains are all honey on the sopapilla. The Albuquerque Magic Community, Sunmesa Events and Wizards of the Coast are going to make this Grand Prix a keeper.

Surely Yeats had Grand Prix Albuquerque in mind when he wrote "There are no strangers here only friends we haven't met yet."

The main tournament at Grand Prix Albuquerque is open to Magic players of all ages.

Judges
The Head Judge for Grand Prix Albuquerque is Toby Elliott, the Judge Manager is Kevin Binswanger. Judge applications for certified judges are located at the Magic Judge Apps website.

Along with the main event, there are additional side-event tournaments to play in at a Grand Prix. Listed below are the side events offered at all Grand Prix on Friday, Saturday, and Sunday. For complete information about the Grand Prix, pre-registration, side events, artists and more, be sure to check out the Sunmesa Events Grand Prix Albuquerque website. All side events will have a Planeswalker Points multiplier of 3x.

Prominent Magic artists Rob Alexander, rk post, daarken, Michael C. Hayes, Steve Argyle, and Franz Vohwinkel will be at the show for free signings of your favorite cards, plus you'll have the opportunity to buy prints and in some cases original artwork.