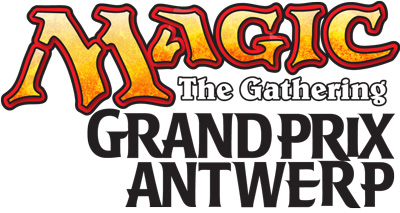 Travel to beautiful Antwerp and take part in a weekend of serious Magic fun with a bunch of exciting things to do!

The main tournament at Grand Prix Antwerp is open to Magic players of all ages.

Judges
The Head Judge for Grand Prix Antwerp is will be Kevin Desprez and Jeff Morrow. The Regional Judge Coordinator is Richard Drijvers. Judges interested in working at this event should submit an application through the Magic judge website .

Come and meet Magic: The Gathering artists rk post and Svetlin Velinov during the Grand Prix.

A farm boy from Illinois with a gift for sketching, rk post was planning on a career as a veterinarian until illustration finally took over in his extensive college experience. By his graduation from Northern Illinois University in 1994, post was freelancing for the fantasy gaming industry doing interior illustration for several major game companies, gradually teaching himself how to paint with acrylics and eventually oils. He garnered a staff illustration position at TSR and after its acquisition, continued in this capacity with new parent company Wizards of the Coast painting cover illustrations for games and novels. Passionate about expanding his skill set, he moved into 2D and 3D art for video games in addition to his ongoing freelance illustrations for Magic: The Gathering and other franchises. He currently works for Big Fish Games, White Wolf, WizKids, Fanpro, Microsoft (Mythica, X Box), LucasFilm, 20th Century Fox (both Aliens VS Predator), Sega (Dreamcast), Nintendo, Ballantine Books, Science Fiction Book Club, Hasbro (television and animation), Marvel Entertainment, DC Comics, Dark Horse Comics, the History Channel, and Blizzard Entertainment (Daiblo 2, Worlds of Warcraft) and SOE (The Agency). He published his first volume of collected works in the hard cover release, Postmortem: the Art of rk post.

Svetlin Velinov works and lives in Bulgaria, and is one of Europe's most talented illustrators and concept artists.

There's only one airline serving Antwerp Airport, which is City Jet, with daily flights to the UK. There is a regular bus to the centre and a taxi costs around €10.

Brussels Airport is the best alternative, with a direct bus to and from the airport to Antwerp, which costs €10. There are hourly direct trains that connect Antwerp Central Station with the airport, which takes you only 35 minutes, and costs you €10,20.

Schiphol International Airport is only 1h50 minutes by train from Antwerp, so a good alternative as well, with only €25 for a single ticket.

Belgium has an extensive rail network, and for intercity travel within Belgium, trains are always the best option. There are good train connections from Brussels Airport, Schiphol Airport. Antwerp-Central is a major stop on the Paris-Amsterdam high-speed line. Through Brussels-South station, there are also high-speed connections to other destinations in France with TGV, or in Germany with ICE.

Antwerp has Eurolines and Ecolines offices with buses coming from all over Europe.

The public transportation company De Lijn has a dense network of buses, trams and pre-metro connections in the city. The central bus station is the Franklin Roosevelt plaats, near the central station. Google Maps has most bus stops in the area mapped, sometimes including timetables.

Taxis are available but can be quite expensive. They await customers at specific locations around town, like the Groenplaats or the railway station.