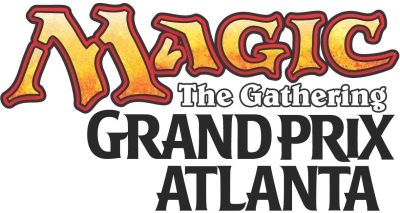 Truly a Magic Weekend, the fun begins on Friday with amazing events and great opportunities for exclusive promotional items. In addition, there will be non-tournament events starting on Friday with our new Magic Stage featuring seminars, Magic Artist and Pro Player meet and greets, cosplay, Magic Deck Doctor and more. Make sure to join us Friday night for the first MegaTrial, and win foils and Grand Prix byes while having fun with your friends! Want a playmat as a souvenir from this fantastic weekend? (obviously....) Check the event schedule as only certain events offer the exclusive playmat from Grand Prix Atlanta!

Of course there is the main tournament—GP Atlanta will be one of the only complete Theros Block Grand Prix events in the world! Alongside the entertainment and competition of the main event are plenty of casual, fun events like Commander, Grand Melee, Sealed Draft, booster drafts, win-a-boxes and more! To keep the entertainment level high, there will be artist appearances by Steve Argyle, Peter Morbacher, and Jason Felix!

The weekend concludes with one of the hottest events in Magicdom - the Super Sunday Series. Grab a spot at the most exclusive, high-stakes Magic event around—and an all-expenses paid trip to Seattle and Wizards of the Coast to play for a prize pool of $20,000 (under 50 players will be invited!) 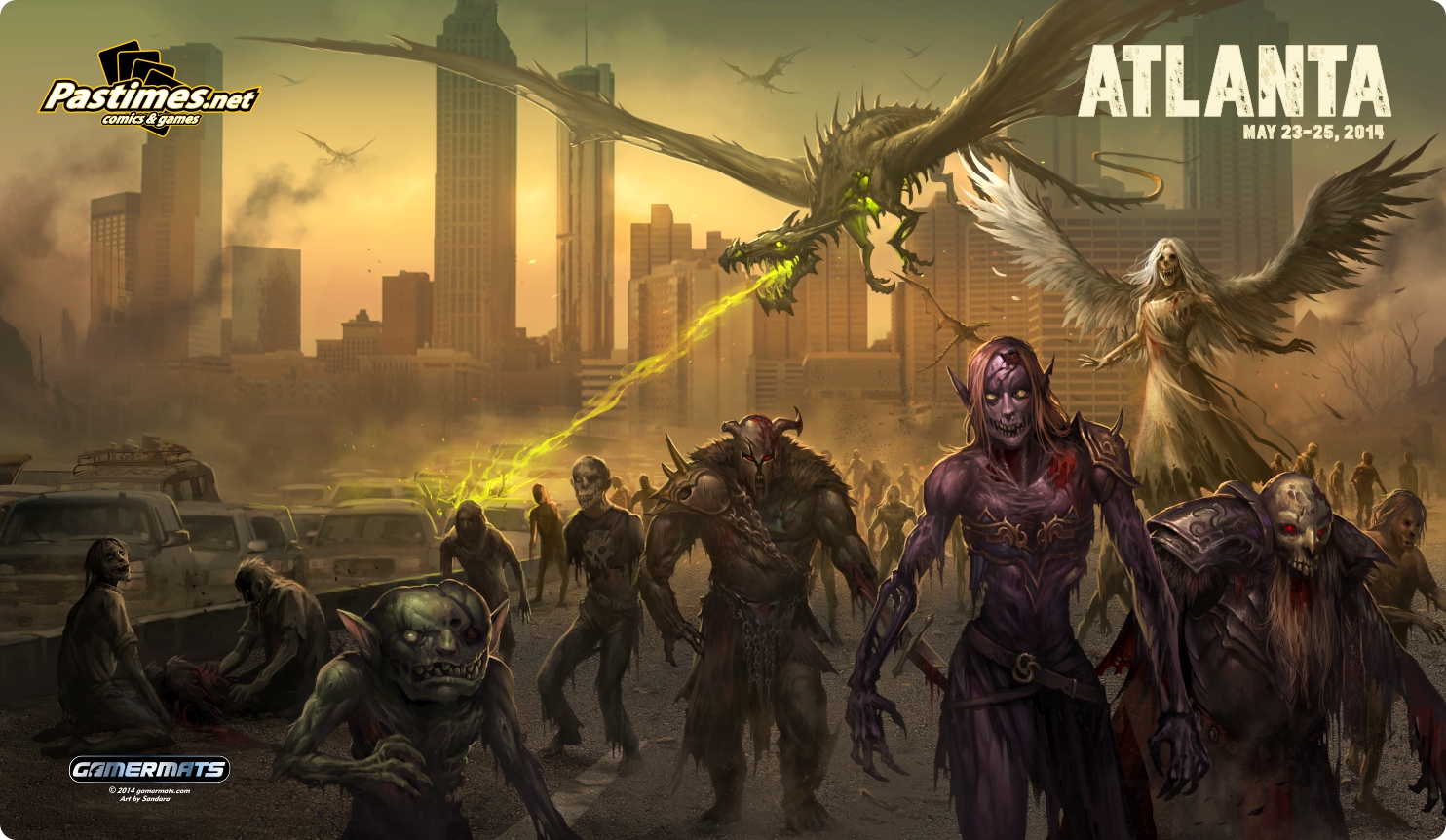 Remember your Grand Prix Atlanta experience with this amazing keepsake playmat brought to you by Pastimes and the amazing artist Sandara (from GP Houston and Louisville playmat fame). Get yours by registering as a VIP or playing in various amazing side events all weekend long at the Grand Prix! (Check out the side event schedule at www.pastimes.net/gpatlanta.) The playmat is also available with special promotions, so be sure to follow Pastimes at www.facebook.com/pastimes to keep posted on ways you can take home one of these great mats (even if you are not at the Grand Prix!)"

Along with the main event, there are additional side-event tournaments to play in at a Grand Prix. Listed below are the side events offered at all Grand Prix on Friday, Saturday, and Sunday. Additional events and a full schedule can be found on the www.pastimes.net website. All side events (except casual events) will have a Planeswalker Points multiplier of 3x.

Four of the hottest artists in Magic will be joining us at Grand Prix Atlanta - Steve Argyle, Peter Mohrbacher, Jason Felix, and rk post! All four artists will be available to sign cards, playmats and more. In addition all will be selling prints, artist proofs, original art/sketches and doing custom alterations of mats and cards!

The Georgia World Congress Center is centrally located in the heart of downtown Atlanta. The GWCC is located in the convention corridor of downtown Atlanta, next to a multitude of restaurants and attractions. The center is easily accessible from both Interstate 20 and the Connector (Interstates 75/85). With Hartsfield-Jackson Atlanta International Airport, the Georgia World Congress Center is accessible by 80 percent of the American population in two hours or less. The GWCC campus is served by two MARTA (Metropolitan Atlanta Rapid Transit Authority) stations.
For more information click here

Pastimes has chosen the closest hotel to the Convention Center for the hotel block - and at a very reasonable rate for this 4-star hotel. Click below for details.