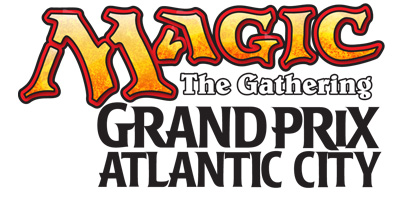 Big things come in small packages and Atlantic City packs a big punch! As the East Coast’s premier destination resort, Atlantic City annually attracts millions of visitors who come to town for world-class entertainment, gaming, dining, and shopping. Atlantic City has everything you could possibly want in a destination and yet now it has even more! There is a new game in town!

Join Professional Event Services at the first Grand Prix in Atlantic City and make your own history! The Grand Prix is located right in the heart of the city, just a stroll from myriad restaurants and within minutes of train and bus stations and the expressway. "The Walk", with over 100 retail shops, outlets, restaurants & entertainment shops, is just next door!

Grand Prix Atlantic City is open to the public and all players are invited to come and participate! In addition to the main event, the Grand Prix Atlantic City weekend offers one of the largest schedules of side events ever brought to a Grand Prix. Prominent Magic artist Steven Belledin will be on hand for free signings of your favorite cards, plus you’ll have the opportunity to buy prints and even original artwork. More artists will be announced as well as artist booth times.

Be sure to check out the special $115 rate at the Sheraton Atlantic City Convention Center hotel, attached to the venue. Details are listed in the Travel Information section below.

Start your 2013 season off on the right foot by building your Lifetime, Competitive, and Professional Planeswalker Points with Grand Prix Atlantic City’s PWP multiplier of 8x and side-event PWP multipliers of 3x!


The Magic: The Gathering Grand Prix tournament series is a great reason to get out into the Magic tournament community, catch up with old friends, meet some new ones, and play some great Magic. Grand Prix tournaments are world-wide open events that allow all Magic players to participate and experience the thrill of a large-scale competition. In addition to cash prizes, a high Planeswalker Points multiplier, and exclusive foil promo cards for participants, Grand Prix feature a host of other activities, including public events and artist signings (prizes subject to change). Find out more about the Grand Prix tournament schedule here.

The main tournament at Grand Prix Atlantic City is open to Magic players of all ages.

Staff
The Head Judge of this event is Scott Marshall. If you are a judge interested in volunteering, please submit an application through Judge Apps here. If you have any questions regarding judging, please contact John Alderfer at rodetryp@gmail.com. We are accepting applicants until December 7, 2012. Send your applications early! Judge certification will be available on site. Please contact rodetryp@gmail.com for details and to arrange your certification.

Got some byes? Want to get an extra couple hours of sleep instead of showing up at the venue early for the player meeting? Have we got a deal for you! If you have byes and register Friday night, you will be allowed to verify your byes during registration. Once confirmed, you will be eligible for the “Sleep-In Special" for an additional charge of $10. Also, your decklist MUST be given to our registration staff before the end of the player meeting on Saturday morning. You may give this to our staff when you register or at any time on Friday, you may send it with a friend, or you may email your list to us at questions@professional-events.com. If we do not have a list, you will receive the appropriate penalties.

Prominent Magic artist Steven Belledin will be on hand for free signings of your favorite cards, plus you’ll have the opportunity to buy prints and even original artwork. Additional artists to be added as we approach the event. Keep checking the site for more names!

Atlantic City is centrally located along the populated eastern seaboard and is conveniently accessible to tens of millions of people by car, bus, train and airplane throughout the year..

Philadelphia International Airport is just a short one hour drive via the Atlantic City Expressway.

Rail service to and from Atlantic City is provided by NJ Transit, which arrives at the rail terminal adjacent to the Atlantic City Convention Center. The NJ TRANSIT commuter rail network is comprised of 11 lines and three different divisions: the Hoboken division, the Newark division and the Atlantic City Rail Line, which provides train service between Atlantic City and Philadelphia.

Visit the Atlantic City Convention & Visitors Authority website for all the information you could want about Atlantic City.