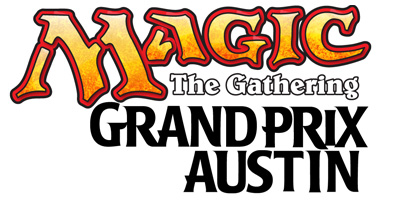 Players who enter the Grand Prix will get a special Goblin Guide promotional card and a "Rosie Angel" playmat (while supplies last) with a unique Austin flavor designed by rk post. rk will be on-site all weekend to sign or customize your playmat!

After the gaming is done, experience Austin’s great foodie culture and exciting nightlife, just blocks from the tournament venue! Kick off the 2012 season in Austin where you can play Magic, eat great food, and do your part to Keep Austin Weird!

The main tournament at Grand Prix Austin is open to Magic players of all ages.

Additional events will be held throughout the weekend including a large cash qualifier for an independent tournament series on Saturday afternoon, and another on Sunday. We’ll feature the ever-popular Two-Headed Giant Sealed Deck on Saturday afternoon plus eight-player single-elimination events and casual four-player Commander "pods" all weekend long.

All Public Events at Grand Prix Austin will have a Planeswalker Points multiplier of 3x.

The featured artist at Grand Prix Austin is rk post. rk is a constant favorite at cons and shows, with a ton of popular cards in print. rk penned the "Rosie Angel" art for the promo playmat and will be available all weekend to customize yours!