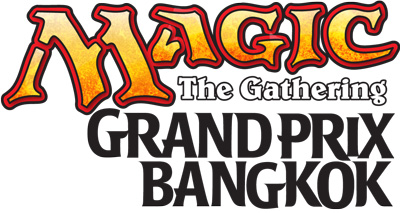 Welcome to Bangkok, the capital, economic center and most populous city of Thailand. Bangkok is also one of the world's top tourist destination cities with its multi-faceted sights, attractions, and city life appealing to diverse groups of tourists. Magic: The Gathering Grand Prix finally returns to Bangkok after a four-year hiatus.

Grand Prix Bangkok is open to the public and all players are invited to participate. With the completion of the Return to Ravnica block, what better way to celebrate one of Magic's most exciting and colorful blocks than with a Sealed Deck of the entire block! In addition, the side event schedule will be jam-packed with exhilarating events with multiple formats. With Planeswalker Points multipliers of 8x for the main event and 3x for all side events, there is no better way to chalk up those Planeswalker Points! A Sleep-In Special will be available (for a fee) allowing players with byes to have more snooze time on Saturday. Local and international card dealers will be on hand, whether you are looking for that elusive card for your Commander deck or looking to offload your cards.

Register for the main event and receive a Grand Prix Bangkok exclusive Savageborn Hydra playmat by Raymond Swanland (while supplies last). What's more, Raymond Swanland will be in attendance as the guest artist for signatures and sketches on cards, prints and even the exclusive playmat!

Come on down to Grand Prix Bangkok for an amazing and unforgettable weekend! 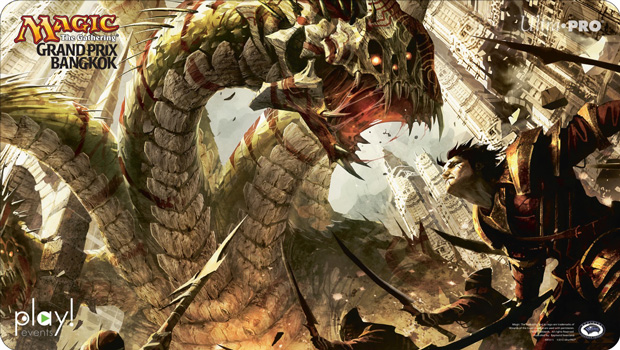 The main tournament at Grand Prix Bangkok is open to Magic players of all ages.

Judges
Riccardo Tessitori will be the head judge for Grand Prix Bangkok.

Along with the main event, there are additional side-event tournaments to play in at a Grand Prix. Listed below are the side events offered at all Grand Prix on Friday, Saturday, and Sunday. Additional events and a full schedule can be found on www.facebook.com/PlayEventsLLP. All side events will have a Planeswalker Points multiplier of 3x.

Raymond Swanland is a freelance artist/illustrator who began his career working on the Oddworld Inhabitants games and continues to create art for Magic: The Gathering, World of Warcraft, Aliens vs. Predator, ImagineFX, Disturbed, sci-fi/fantasy novels, and more.

CentralWorld is located at E1 Chit Lom BTS Station (Bangkok's skytrain system). The BTS station is connected to the complex by SkyWalk (a covered overhead walkway).