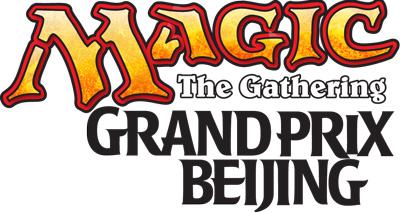 Welcome to Beijing, the capital of People's Republic of China. Beijing is the political, cultural, educational center of China and is a major hub for international communication. With a long history of more than 3,000 years as a city and more than 850 years as the capital, Beijing is regarded as one of the "Four Great Ancient Capitals of China." Thousands of years of urban development and near a millennia of imperial cultural influence over the city has materialized in the form of six World Cultural Sites and other numerous representations, both architectural and cultural, that you can find spreading across the entire ancient city. Countless places of interests, such as the Great Wall and the Forbidden City, will certainly be your perfect complement to a grand Magic event.

Magic-wise, Beijing is also one of the most important places for China. Beijing was among the first cities Magic got introduced into China and this early adaptation in turn nurtures a number of high-level Magic players and even Chinese National Champions. Furthermore, Beijing is the hometown to all the team members who claimed China's first World Team Championship at Rome in 2009.

Eight years ago, Beijing became the first Mainland China city to host a Magic Grand Prix event. Eight years later, let's gather in Beijing once more to witness the birth of a new legend. Once again, welcome to Beijing!

While the tournament is open to all ages, minors will require parental consent and (preferably) adult/parental company throughout the event.

Judges
Riccardo Tessitori will be the head judge for Grand Prix Beijing.

Along with the main event, there are additional side-event tournaments to play in at a Grand Prix. Listed below are the side events offered at all Grand Prix on Friday, Saturday, and Sunday. All side events will have a Planeswalker Points multiplier of 3x.

Eric D Deschamps will be in attendance at Grand Prix Beijing.

Eric Deschamps is both a sci-fi/fantasy illustrator and a video game concept artist. Eric has worked on projects with Magic the Gathering for almost 10 years. His first commissioned assignment was Goblin S.W.A.T. Team for Magic the Gathering's Unhinged set. Eric's role as a Magic artist became much more prominent after the release of Zendikar. Since then Eric has painted over 50 cards for Magic such as Ash Zealot, Tamiyo, the Moon Sage, Venser, the Sojourner, Jin-Gitaxias, Core Augur, Mirran Crusader, Garruk Relentless and Olivia Voldaren. Aside from Magic he has contributed artwork for games including Marvel Ultimate Alliance II, Kingdoms of Amalur: Reckoning, End of Nations, Dungeons & Dragons, World of Warcraft, and Privateer Press. Eric lives with his wife and daughter in a suburb of New York City, USA.