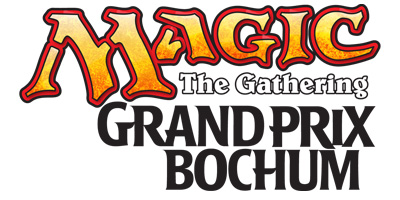 The city of Bochum is a lively university metropolis, rich in educational, cultural and leisure opportunities. Almost 400,000 people live in Bochum, with means that it is bustling but not crowded. Bochum can boast that it has many theatres, universities and museums but is most notably the home of the 'Bermuda Triangle' (over 60 cafés, bars, pubs and restaurants) as well as the Bundesliga Football Club, VfL Bochum.

The main tournament at Grand Prix Bochum is open to Magic players of all ages.

Players must have a signed consent form to participate in Grand Prix Bochum. Forms can be found here and will be available onsite. Minors must have a parent or guardian’s signature on this form. Consent forms will be collected during the player meeting on Saturday morning.

Staff
The Head Judges for Grand Prix Bochum are Frank Wareman and Kevin Desprez. Judges interested in working at this event should submit an application through the Magic judge website.

A variety of tournaments in all different formats, including draft, chaos draft, Two-Headed Giant, Legacy, Standard, and many more will be available all weekend. More information on the complete public events schedule can be seen at Gordian Knot Games's website.

Eric Deschamps and Slawomir Maniak will be in attendance at Grand Prix Bochum.

Arriving by Train
Once you arrive at Bochum Central Station you can get to the venue by:

Travel by Air
Although Bochum itself does not have an airport, you can fly to either Düsseldorf or Dortmund.

Travel by Car
Coming from the A40 take the motorway exit “RuhrCongress”. Caution: please do not follow the signposting to the multi-storey car park, but: