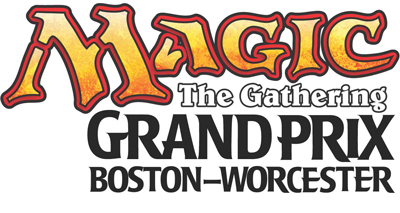 Grand Prix Boston-Worcester will be held at the DCU Center in the heart of downtown Worcester. The DCU Center is three blocks from Union Station, which has rail service from both Boston and Providence. Worcester's airport features service from Jet Blue. Worcester is a college town that knows how to show everyone a good time.

Everyone who preregisters for Grand Prix Boston-Worcester will be eligible to participate in a free Mini Master tournament to take place early Friday from 12:00 PM to 1:00 PM. Friday evening will also feature a free "Next Level Deck Building for Modern" instructional seminar and Q&A to get you ready for the event.

If that's not enough, Sunday will feature two supersized Sunday Super Series events with incredible prizes! In order to celebrate TJ Collectible's first Modern Grand Prix, Conspiracy booster packs will be awarded as bonus prizes in all side events all weekend long.

Magic artists Scott Fischer, artist of this weekend's playmat Dark Confidant (Modern Masters version), and Eric Deschamps will be on hand for you to meet. Over a dozen of the world's premier vendors will be at the Grand Prix to fill your every Magic: The Gathering need. Will you be the one to define the new Modern Format and become the Boston-Worcester Grand Prix Champion? 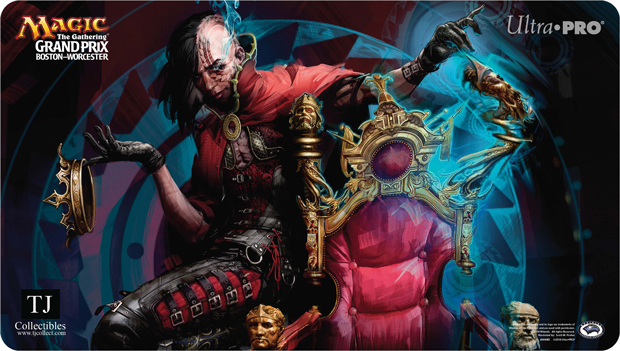 The main tournament at Grand Prix Boston-Worcester is open to Magic players of all ages.

Judges
The head judges for Grnad Prix Boston-Worcester will be Sean Catanese and Jared Sylva. Judges wishing to apply for this event should do so through the Judge Center.

Along with the main event, there are additional side-event tournaments to play in at a Grand Prix. Listed below are the side events offered at all Grand Prix on Friday, Saturday, and Sunday. Additional events and a full schedule can be found on the www.tjcollect.com website. All side events (except casual events) will have a Planeswalker Points multiplier of 3x.

Attending Grand Prix Boston-Worcester will be Scott M. Fischer, the artist of the weekend's Dark Confidant playmat from the Modern Masters set, and Eric Deschamps, who is well-known for his planeswalkers. Both will be on-site Friday, Saturday, and Sunday.

Grand Prix Boston-Worcester takes place in the DCU Convention Center, located in beautiful downtown Worcester, MA. For those of you who are wondering just how to pronounce the name, think of it as being spelled "Whista", and you'll be saying it like a native! The Convention Center is located in the heart of the downtown area. There are many available restaurants, ATM's and hotels in walking distance.
The best part of getting to Grand Prix Boston-Worcester is how accessible it is via public transportation! Follow this link to access driving directions to the DCU Convention Center.

Train Travel
Both major airports offers connecting train service to Worcester, and the station is just a few blocks from the Convention Center.
You can also take the Amtrak train to Boston and connect directly to the Framingham/Worcester line.
Amtrak also offers daily service directly to Worcester's historic Union Station.

Driving by Car
The DCU Convention Center is conveniently located just off Interstate 290 in Worcester. Parking is available for $8.00 a day at the Convention Center parking garage, no overnight parking.
If you are driving from the airport, follow these directions.

Public Transportation
The WRTA, the Worcester Regional Transit Authority, is your link to the city's most popular destinations. Enjoy Worcester the environmentally sensitive way, avoid the parking hassles and reach the city's key attractions.
WRTA hybrid bus technology features reduced emissions, which results in cleaner air. They offer several convenient routes to take you to Worcester's restaurants, hotels, theaters, universities, historic sites, shopping and more. Cost: $1.50 per person per Ride or $3.50 for a whole day. (See the WRTA webpage for schedule and information.)