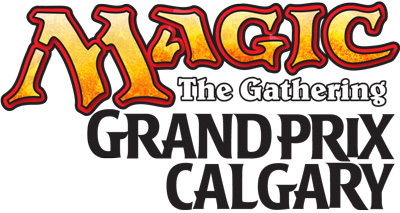 Sleep-In Special and VIP packages will be available.

Calgary, Alberta, home of the Calgary Stampede, gateway to the Canadian Rockies, and the host city for Canada's summer Grand Prix. This will be Calgary's first Grand Prix, where western hospitality and the warmth of summer promise to make it an exciting and entertaining weekend for Magic fans from both near and far.

Located at the TELUS Convention Center right in the heart of downtown Calgary, all of the city's amenities will be at your fingertips before, during, and after the tournament. The state-of-the-art facility is a stone's throw from a plethora of dining options and hotels, adjacent to the city's transit system, and within arm's reach of numerous shopping and night life attractions.

In addition to a challenging Standard main event, the weekend offers something to appeal to Magic players of every taste and ability. Whether you're committed to the entire weekend or just a couple of hours, Grand Prix Calgary has something for you. Kicking off with a free Mini-Master event on Friday and ending with the increasingly popular Sunday Super Series (offering a trip to Seattle to hobnob with the folks from Wizards of the Coast), the weekend will offer a full slate of side events from a variety of formats. Visit www.westcanevents.com for a full side event schedule, as well as a list of vendors, artists, and additional information.

The main tournament at Grand Prix Calgary is open to Magic players of all ages.

Judges
The Head Judge for Grand Prix Calgary is Scott Marshall. Judge applications for certified judges are located at the Magic judge website .

Rob Alexander, rk post, and Lucas Graciano and will be in attendance at Grand Prix Calgary.

Maps of the city and surrounding area, courtesy of the TELUS Convention Center:
http://www.calgary-convention.com/calgary/maps

Arriving by air:
Calgary International Airport (YYC) is a $40-$45 cab ride from downtown.