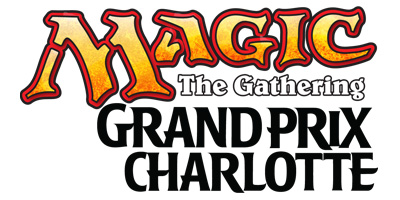 StarCityGames.com is proud to present Grand Prix Charlotte, and along with it, the second Gold Rush! This exciting promotion puts almost 3,000 incredibly rare and valuable cards randomly into the hands of Grand Prix players! This includes two complete sets of: Unlimited, Arabian Nights, Antiquities, Legends, foil Ravnica: City of Guilds, foil Guildpact and foil Dissension! Gold Rush envelopes are provided randomly to winners of Grand Prix Trials on Friday night, participants in the Grand Prix, winners of all 8-player side events, both heads of Two-Headed Giant winning teams, and participants in Sunday's "Win a Trip to Grand Prix Miami $5,000 Challenge."

The main tournament at Grand Prix Charlotte is open to Magic players of all ages.

Judges
Level 4 Judge Chris Richter will be the Head Judge for this event. StarCityGames.com will be hosting a Judge Conference on Friday, February 22. To register to attend the Judge Conference, please visit the Magic JudgeApps page.

Along with the main event, there are additional side-event tournaments to play in at a Grand Prix. Listed below are the side events offered at all Grand Prix on Friday, Saturday, and Sunday. Additional events and a full schedule can be found on gpcharlotte.com. All side events will have a Planeswalker Points multiplier of 3x.

Saturday
"Rebound" Event
Format at organizer's discretion. The winner(s) earn free entry into the "Super Sunday Series" (see below). Players who also played in the main Grand Prix tournament will get a discount for entry.

Terese Nielsen
We're excited to showcase one of the best fantasy artists in the game. Terese Nielsen's body of work includes Force of Will, Eternal Witness, the GURU lands, and many more. Check out her recently released Series One lithographs or get them in person at Grand Prix Charlotte!

Eric Deschamps
Eric Deschamps has been illustrating amazing cards for Magic since 2003, starting with Unhinged. This New York-based artist has painted many beautiful pieces including Tamiyo, the Moon Sage, Koth of the Hammer, and Olivia Voldaren.

Steven Belledin
Painting for Magic: The Gathering since the release of Shadowmoor, Steven Belledin's work has been celebrated for its attention to gritty detail and amazing use of light and scale. His work continues to grace the top tables of tournament play.

Airport, hotel, and other travel information can be found at gpcharlotte.com.