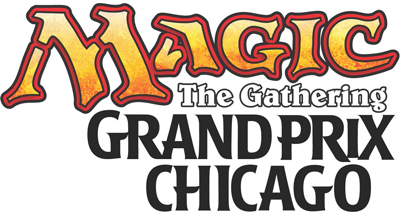 Registration: $50
- All entrants will receive one FREE $15 voucher to be used on any side event!
- Playmat not guaranteed at this level. Playmats will be distributed for specific events as well as prizes for some events. Please check the event schedule at www.pastimes.net for more detail.

Registration with Sleep-In Special: $70
- This option will cover your entry into Grand Prix Chicago as well as your sleep-in-special (you must be eligible for sleep in special by earning byes).
- In addition - all entrants who will receive one FREE $15 voucher to be used on any side event!
- Playmat not guaranteed at this level. Playmats will be distributed for specific events as well as prizes for some events. Please check the event schedule at www.pastimes.net for more detail.

There is something for everyone during this amazing weekend of Magic: The Gathering. Casual and Competitive players will find many events - and of course, the weekend features Grand Prix Chicago! Join us for a weekend of fun with all types of events, artists, international Magic Vendors and more!

Truly a Magic-al Weekend, the fun begins on Friday with amazing events and great opportunities for exclusive promotional items. In addition, there will be non-tournament events starting on Friday with our new Magic Stage featuring seminars, Magic Artist and Pro Player meet and greets, Magic Deck Doctor and more. Make sure to join us Friday night for the MegaTrial - and win foils and Grand Prix byes while having fun with your friends! Want a playmat as a souvenir from this fantastic weekend? (obviously....) - check the event schedule as only certain events offer the exclusive playmat from Grand Prix Chicago!

Alongside the entertainment and competition of the main event are plenty of casual, fun events like Commander, Grand Melee, Sealed Draft, booster drafts, win-a-boxes and more! To keep the entertainment level high, there will be artist appearances by Steve Argyle, Peter Morbacher, RK Post and Raymond Swanland.

The weekend concludes with one of the hottest events in Magicdom - the Super Sunday Series. Grab a spot at the most exclusive, high-stakes Magic event around - and a all expenses paid trip to Seattle and Wizards of the Coast to play for a prize pool of $20,000 (under 50 players will be invited!) 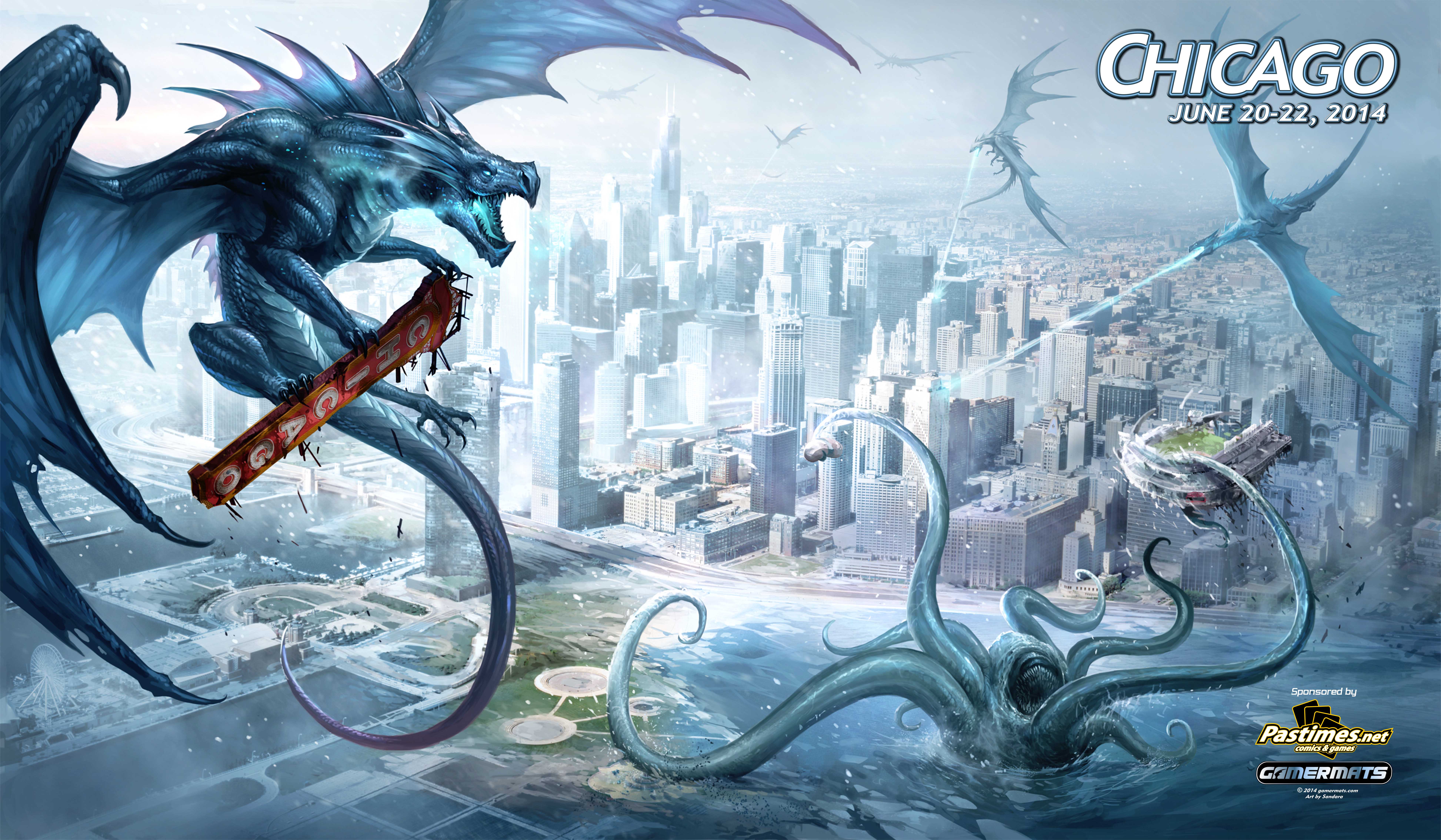 Format: Standard
Participation Fee: $50 (each player receives entry into the Grand Prix and receives a FREE $15 side event voucher)

The main tournament at Grand Prix Chicago is open to Magic players of all ages.

Along with the main event, there are additional side-event tournaments to play in at a Grand Prix. Listed below are the side events offered at all Grand Prix on Friday, Saturday, and Sunday. Additional events and a full schedule can be found on the www.pastimes.net website. All side events (except casual events) will have a Planeswalker Points multiplier of 3x.

Four of the hottest and most famous artists in Magic will be joining us at Grand Prix Chicago - Steve Argyle, Peter Morbacher, rk post, and Raymond Swanland. All four artists will be available to sign cards, playmats and more. In addition all will be selling prints, artist proofs, original art/sketches and doing custom alterations of mats and cards!

Group Hotel
A room block has been arranged at the Crowne Plaza Chicago O'Hare, located directly across the street from the GP site. The rate is $119 per night for up to 4 guests per roon.

Provide the group name "Pastimes" (Block Code — PFD) to reserve using this special rate. If you prefer, you can register online.