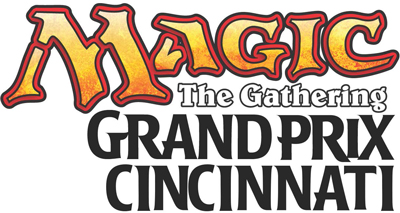 For the first time, the Magic: The Gathering Grand Prix train stops in Cincinnati! The city will prove to be a perfect host for the Grand Prix. There's a lot to love about Cincinnati. From your first glimpse of the magnificent Cincinnati skyline to the last time you cross the river, you'll be blown away by the sweeping views and unique experiences. Get in early and explore one of the nationally recognized museums. Or taste a dish you won't soon forget—Cincinnati-style chili. Whatever your taste, you'll find it in Cincinnati.

Prominent Magic artists Steve Prescott and Christopher Moeller will both be in attendance.

Are you going to Grand Prix Cincinnati? Let your friends know and get up-to-date information by joining the Facebook event! 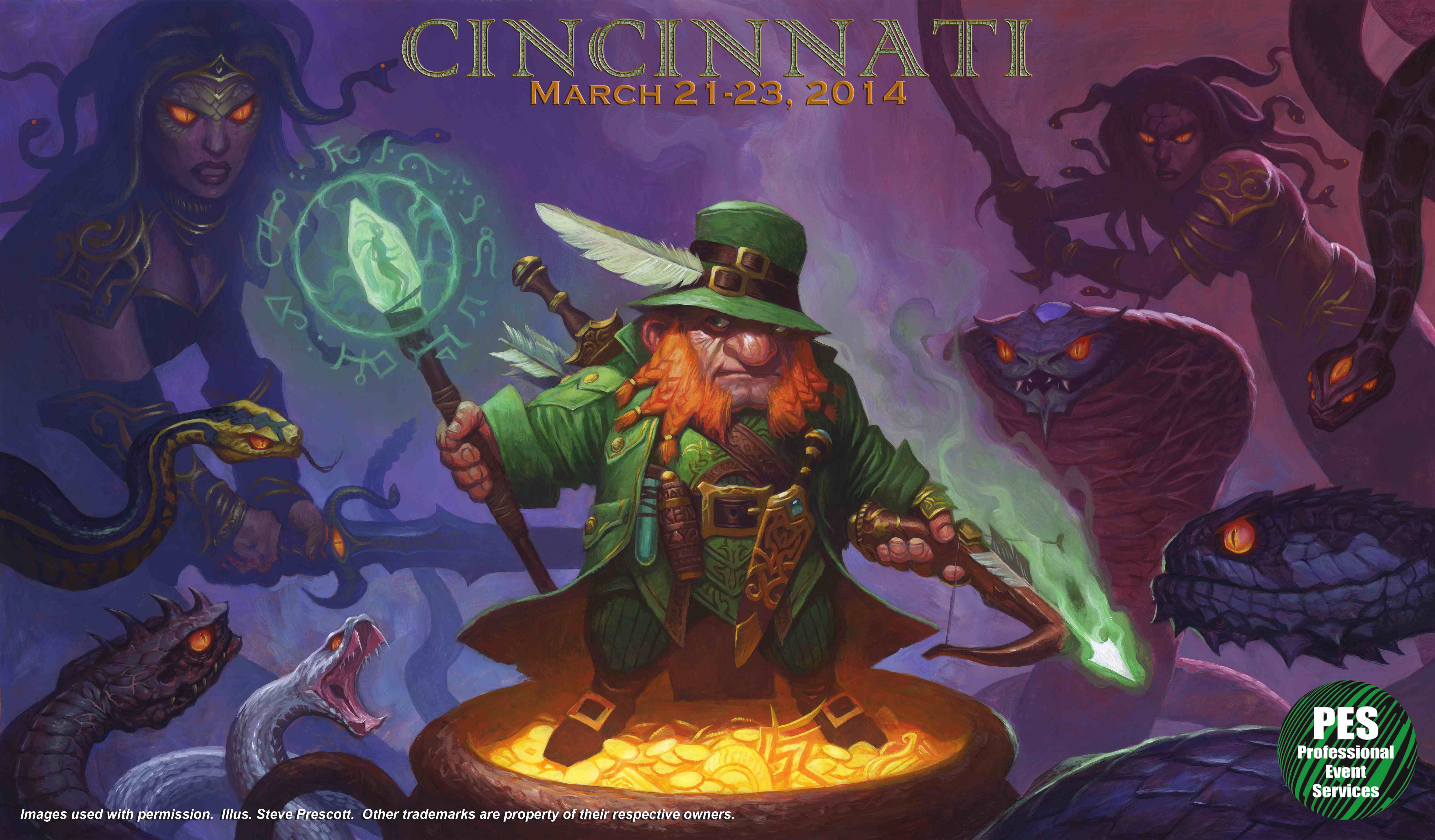 The first 600 players to register on Friday, along with all VIP registrants, will each receive an event-exclusive playmat with art by Steve Prescott.

The main tournament at Grand Prix Cincinnati is open to Magic players of all ages.

Along with the main event, there are additional side-event tournaments to play in at a Grand Prix. Listed below are the side events offered at all Grand Prix on Friday, Saturday, and Sunday. Additional events and a full schedule can be found on the www.professional-events.com website. All side events will have a Planeswalker Points multiplier of 3x.

One of the best parts of attending a Grand Prix is meeting the artists in person! They are happy to sign or alter your cards, and have artist proofs, prints and even original art available for sale. Make sure to drop by the artist booths while you're at GP Cincinnati.

Professional Event Services is pleased to announce that Steve Prescott and Christopher Moeller will be attending GP Cincinnati.

By Air:
The Cincinnati/Northern Kentucky International Airport (CVG) offers 175 daily departures with nonstop connections to 47 cities. CVG's seven airline partners offer passengers more non-stop flights than any other airport in the region, including direct international service to Paris, Toronto and Cancun, and it is consistently recognized for its high level of customer satisfaction. CVG is located 15 minutes from downtown.

By Bus:
Cincinnati is serviced by both Greyhound and Mega Bus.

By Car:
The Duke Energy Convention Center's main entrance is located at the intersection of Fifth Street and Elm Street in downtown Cincinnati. Over 2,500 parking spaces are located immediately surrounding the Center in metered street spaces, private flat lots and privately managed garages. The garages offer direct entry to the convention center via Cincinnati's Skywalk System.

From the North via I-75 South (Dayton, Indianapolis):
From Southbound I-75, take Exit 1C for Fifth Street (this is a left-hand exit). Proceed east (straight) on Fifth Street and the convention center will be immediately on your left.

From the North via I-71 South (Columbus, Cleveland) :
From Southbound I-71, take the exit for Downtown/Riverfront/Third Street (a left-hand exit). Merge onto Third Street and drive six blocks. Turn right onto Elm Street and the convention center will be on your left in two blocks.

From the South via I-71/I-75 North (CVG Airport, Lexington, Louisville, Nashville):
From Northbound I-75/I-71, follow the signs for Cincinnati and cross the Ohio River. Take Exit 1C for Fifth Street and proceed east on Fifth Street. The convention center will be immediately on your left.

From the South via I-471 North (Northern Kentucky, Newport) :
Follow I-471 North over the yellow bridge and take Exit 6A for Sixth Street. Stay straight on Sixth Street and drive six blocks. At Elm Street the convention center will be on your left.

By Train:
Cincinnati is serviced by Amtrak.