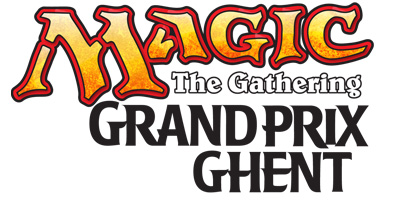 If you think a trip to Belgium automatically means a trip to Bruges or Brussels, think again. According to Lonely Planet, Ghent is Belgium’s best kept secret, and was one of the 10 to see locations for 2011. Besides that, Ghent is in pole position in the “Creative City Index”. Once medieval Europe’s second largest city, over the past century this unsung treasure of a town has developed a strong artistic bent, and is now one of the best places in Europe for culture. There are many fantastic museums and galleries, and more listed buildings than any other Belgian city.

Ghent’s architecture is elegant and imposing, with the Graslei harbor, medieval cathedrals and the Gravensteen castle. The city centre of Ghent is the largest car-free area in Belgium. And when you soaked up enough architecture, there are many welcoming bars and cafes along the banks of the canal.

During summer, Ghent hosts one of the biggest cultural festivities in Europe, the Ghent Festivities (Gentse Feesten). The city centre is one big festival with concerts and markets on every square, fireworks, artists, etc. It also covers the Gent Jazz Festival, World Youth Circus Festival, Polé Polé (world music), Ten Days Off (electronic dance music), and many more festivals.

Grand Prix Ghent takes place during the last weekend of these festivities. This means a great experience, but also means you’ll have to book your hotel as fast as you can!

The main tournament at Grand Prix Ghent is open to Magic players of all ages.

Judges and Admin Staff
The Head Judges for this event will be Carlos Ho and Frank Wareman. The Regional Judge Coordinator is Richard Drijvers.

In addition to the main event, there will be Magic tournaments in a variety of formats running from Friday to Sunday. More Information on public events can be found here (PDF).

Karl Kopinski and Svetlin Velinov will be in attendance.

Arriving by Plane
Brussels Airport (Air France, Lufthansa, British Airways, KLM, Easy Jet ...) is situated in Zaventem, on the outskirts of Brussels. From Brussels Airport it is possible to travel to Ghent by train, every 15 minutes.

You can also fly to Brussels-Charleroi (Ryan Air, WizzAir, Jetairfly). From Charleroi Airport, you can take the bus to Brussels Zuid/Midi Station (a 45 minute ride) for only 13 EUR, which runs every 30 minutes.

Also from the Airports of Lille, Paris, and Amsterdam, you have direct trains to Ghent.

Arriving by Train / Tram
Ghent has direct rail connections to all major Belgian cities and Brussels Airport is only 40 minutes away by train. Ghent has two railway stations: Gent-Sint-Pieters and Gent-Dampoort. Most trains to Ghent arrive at Gent-Sint-Pieters. This station provides easy access to all parts of the city centre, as well as to Flanders Expo. Take the Tram line 1 (direction Flanders Expo) up to the final station at Flanders Expo, in front of Hall 3. It's only a 5 minutes drive.
www.nmbs.be and www.delijn.be for more information about Public Transport in and to Ghent.

Arriving by Car
Ghent (and Flanders Expo) is situated at the crossing of the E17 (A14) and E40 (A10) highways. When driving to Ghent, follow the signs "EXPO", and take exit "Sint-Denijs-Westrem / EXPO" at the E40. This exit is situated next to a sky craper and the IKEA, very recognizable. Once you took the exit, you can follow the parking signs of the expo. Park your car, and follow the signs to Hall 3 by foot.