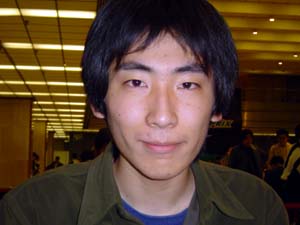 Masashi Ooiso Prix: Hong Kong follows on the heels of Pro Tour: Kobe. With only a week in between and both events being on the same continent, it was a perfect excuse for many pro players to remain in the region and attend. 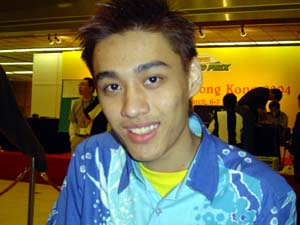 Chuen Hwa TanAlthough both Japan and Hong Kong are in Asia, making this trip is certainly no small thing. The flight from Tokyo would take over four and a half hours! Still, it is the perfect example of how professional Magic helps some players see the world. In fact, over half of this Grand Prix' attendees were from outside of Hong Kong. A total of 250 players competed – a low turnout as expected if compared to other GPs, but a significant improvement over the 181 player number at the previous GP: Hong Kong in 2001. 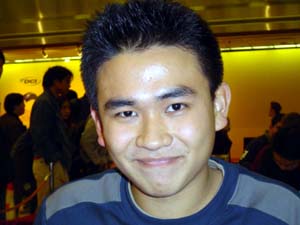 Steven TanAfter eight rounds of sealed deck play, rookie of the year Masashi Ooiso, eventual champion Chuen Hwa Tan of Malaysia, and Singapore's Steven Tan went through undefeated. Most of the visiting pros made it to day 2 at various records as well. 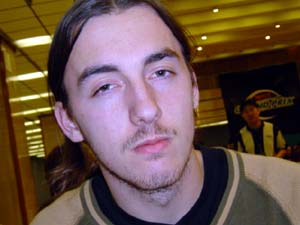 Olivier RuelAfter a day of drafting, a top 8 emerged that included some well known players such as Ooiso, Olivier Ruel and Gabe Walls. It was Malaysia's Chuen Hwa Tan who took home the trophy, defeating Olivier Ruel in the finals (yet another addition to the Curse of the French where they keep finishing second in many recent Magic events!). While Ruel drafted a solid red-green deck featuring such bombs as Grab the Reins and Detonate, Tan went after the somewhat underdrafted black cards, building a black-white deck with Leonin Abunas, Essence Drain, and multiple Irradiates. Although he only had a handful of artifacts to take advantage of some of his bombs, Tan's deck seems to have come together in the three matches to earn him a victory. Here are the two decks from the finals:

Most readers probably have not heard of Tan before this weekend, but he is known as one of the best players in his country. Tan has attended a number of Grand Prix in Asia and has earned four top 16 finishes – each time getting close but just missing the spotlight. His persistence was finally awarded this weekend with a well-deserved title.

A Glance At Standard

Pro Tour: Kobe may have been all about the Block format, but the Last Chance Qualifier was Standard and it included Darsksteel – this was the first large-scale Standard tournament to feature the new set and was therefore of great interest to most players.

Surprisingly, the top 8 field looked much like the preview of the Pro Tour that was about to begin the next day. The word of the day was Ravager Affinity. Five out of eight decks pursued the Affinity strategy. One of those five was particularly original and it is my belief that this variant of the archetype will flourish in the coming weeks and definitely make its mark at Regionals. I am talking about Hajime Fujii's Affinity deck which included a single copy of Brain Freeze and featured the Genesis Chamber, Skullclamp, Auriok Steelshaper combo.

With Steelshaper in play, equipping a creature with Skullclamp is free. Combine it with Genesis Chamber and you get to draw two cards at absolutely no cost each time you put a creature into play. Ornithopters, Frogmites and Myr Enforcers should allow you to “go off”, casting a tremendous amount of spells in a single turn, then deck your opponent once you have drawn Brain Freeze.

I am not convinced however that Leonin Elder belongs in this deck. Although the idea of gaining tons of life is tempting, you also will not need those life points as you are already winning if so many artifacts are entering play – except the rare occasion when your opponent might have a Disciple of the Vault in play. Otherwise the deck is extremely solid.

Ever since most players figured out that Skullclamp is good, Goblin Skullclamp decks have been the talk of the town. Two such decks made top 8 in the Last Chance Qualifier – one splashing black for Patriarch's Bidding and another a mono-red version that used the slots otherwise occupied by Bidding type cards to play eight land destruction spells in the fine tradition of Ponza.

The most unusual deck in the top 8 was Masao Sando's Green-Red Urzatron. He played with four of each Urza's land to help cast Tooth and Nail, while holding off opponents with Ravenous Baloths and Pyroclasms. Although it used few of the same cards, this deck is extremely similar in its concept to Nassif's top 8 deck that weekend. Which only goes to show you – pros should pay close attention to what is being played in the Last Chance Qualifier even if it is not the same format. There was plenty to be learned there, for those willing to take the time.

For those interested in a more detailed description of the Last Chance decks as well as all top 8 deck lists, be sure to check out Brian David-Marshall's article from last week.

Who is the only Wizards of the Coast employee to qualify for and play on the Pro Tour after leaving the company? 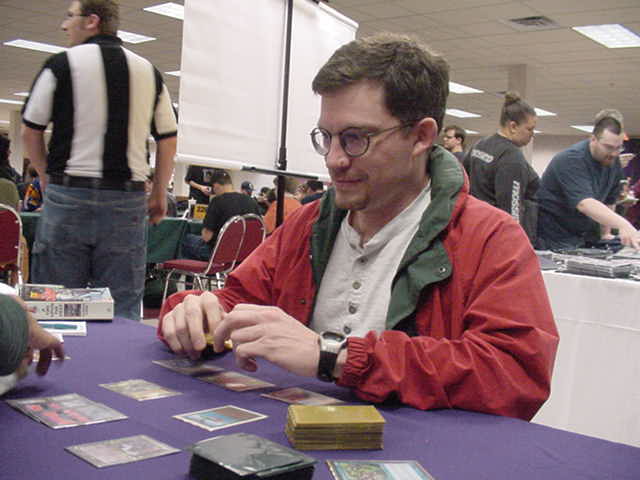 Mons Johnson, best known to the Magic community for being the namesake of Mons's Goblin Raiders, left Wizards of the Coast at one point to pursue other goals. One of those goals was to try and play on the Pro Tour. So after a number of attempts, he won a qualifier. Now Mons' favorite deck in the world is Goblins. So you won't really be surprised to find out that he won the qualifier with a Goblin strategy. Thus, he became the first and only Wizards of the Coast employee to qualify for and play on the Pro Tour after leaving the company. Interestingly enough, Mons is now back at Wizards of the Coast. They just love hiring those Pro players, don't they?!

What is the difference between the Alpha and Beta rule books?

“I was playing in a MMM draft online with a R/G/b deck. After having been been wrecked in the first game by Glissa I wasn't so confident with only a single Terror in my deck as an answer to the legend. Sure enough, Glissa came down on the fourth turn to make my life miserable in game 2. After she cleared most of my board, I managed to stabilize with a couple of Ogre Leadfoots which were holding off my opponent's creatures from doing serious damage. In the meantime, I began stockpiling various artifacts in hand. Eventually an opposing Mirror Golem started to eat into my life, and with no Terror in sight, the only other avenue of escape was playing out Mindslaver and activating it for a total of 10 mana. I had noticed a Soul Nova in the draft so I was hoping that was one of the cards he had held back. Much to my surprise, after activating the Mindslaver, I found a Solar Tide patiently waiting in his hand! On my opponents turn, I emptied his hand of creatures and cast the entwined Solar Tide to sweep the board, leaving me with a fistful of artifact creatures and my opponent scrambling. After such a dramatic turnaround, Glissa didn't even show up for the 3rd game and it was all over.”

“My friend and I were playing casually with 40 card decks, him using black, me using green.

The game was rather equal all the way through, each of us taking one or two creatures a turn, only to cast replacements.

It got to the end, where in excitement he shouted out "I'll win now!" and cast an entwined Promise of Power - only to find that his 4 life points were now reduced to -1, and he couldn't draw 5 out of his 3 remaining cards in the deck, killing himself twice!”