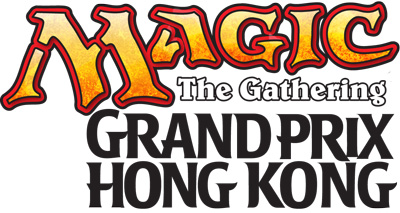 Welcome to Hong Kong! Situated on the southeast coast of China, Hong Kong's strategic location on the Pearl River Delta and South China Sea has made it one of the world's most thriving and cosmopolitan cities. The former British colony is a major tourism destination and an important hub in East Asia with global connections to many of the world's cities. It is a unique destination that has absorbed people and cultural influences from diverse places and proudly proclaims itself to be Asia's World City. Magic: The Gathering finally returns to Hong Kong with a Grand Prix after a nine-year hiatus.

Grand Prix Hong Kong is open to the public and all players are invited to participate. With Theros less than a month old, rise to battle with Theros Sealed Deck and make Grand Prix Hong Kong part of your heroic journey into the realms of mythology! In addition, the side event schedule will be filled with exhilarating events with multiple formats. With Planeswalker Points multipliers of 8x for the main event and 3x for all side events, there is no better way to chalk up those Planeswalker Points! A Sleep-In Special will be available (for a fee) allowing players with byes to have more snooze time on Saturday. Local and international dealers will be on hand to help with all your card-acquisition needs.

Register for the main event and receive a Grand Prix Hong Kong exclusive playmat with art by Jung Park (while supplies last). What's more, Jung Park will be in attendance as the guest artist for signatures and sketches on cards, prints, proofs, and even the exclusive playmat!

Come on down to Grand Prix Hong Kong for an amazing and unforgettable weekend of Magic! 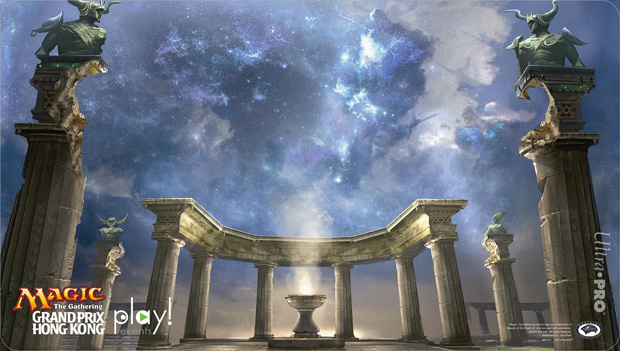 The main tournament at Grand Prix Hong Kong is open to Magic players of all ages.

Judges
Riccardo Tessitori will be the head judge for Grand Prix Hong Kong.

Along with the main event, there are additional side-event tournaments to play in at a Grand Prix. Listed below are the side events offered at all Grand Prix on Friday, Saturday, and Sunday. Additional events and a full schedule can be found on the Play! Events Facebook page. All side events will have a Planeswalker Points multiplier of 3x.

Jung Park will be in attendance at Grand Prix Hong Kong to sign your cards and will have prints and proofs for sale.

Hong Kong International Airport is connected to the MTR system via the Airport Express.