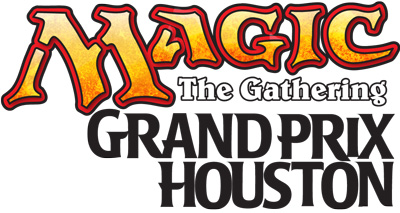 Houston. The first word said from the moon! This great city, the fourth largest in the U.S., will play host to one of this year's greatest Magic events, Grand Prix Houston. Whether or not this is your first rodeo in the Magic GP arena, you will have an incredible time at this event—because there is something for everyone. The format of this Grand Prix is Return to Ravnica Sealed Deck and Booster Draft, showcasing the entire block: Return to Ravnica, Gatecrash and Dragon's Maze. It is the only time in the United States that this format will be used at an individual Grand Prix.

The focus of this weekend is on fun for everyone, from the casual player to the Pro Tour champion. The Grand Prix will be amazing itself, but there are so many great side events, there will be no time to get bored. Enjoy the VIP service if you are playing in the Grand Prix, or play in our newly formatted Commander side events. Play Standard for Sealed Sets, or enjoy our Japanese Sealed Event with Ravnica: City of Guilds block and Return to Ravnica block sets (yep, you read that right!). We even have a Father's Day Two-Headed Giant event that is FREE for any parent/child team (event is open to all). And for those who decide to pre-register, you earn free entry to the Grand Prix Grand Melee!

So saddle up and make your plans to join us for a weekend of fun culminating Sunday with the thrilling Top 8 of the Grand Prix and the Super Sunday Series, an awesome event with a fantastic first prize: a trip to Wizards of the Coast in Seattle! Book the weekend of June 14-16 and plan to have one of the most Magic-al weekends ever.

The main tournament at Grand Prix Houston is open to Magic players of all ages.

Judges
The window for applying for staff positions has closed.

Along with the main event, there are additional side-event tournaments to play in at a Grand Prix. Listed below are the side events offered at all Grand Prix on Friday, Saturday, and Sunday. For complete information about the Grand Prix, pre-registration, side events, artists and more, be sure to check out the Pastimes website. All side events will have a Planeswalker Points multiplier of 3x.

Prominent Magic artists Rob Alexander and Clint Cearley will be on hand for free signings of your favorite cards, plus you'll have the opportunity to buy prints and even original artwork.