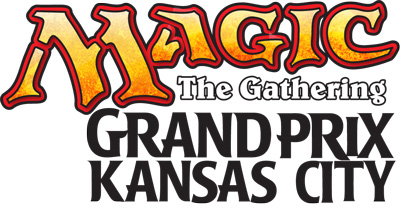 This event will be in Overland Park on the south side of Kansas City, a venue which has hosted previous Grand Prix. The area has many hotel options and great food availability. We'll be offering a discount code for Supershuttle service form the airport and those of you driving in will love the free parking.

You'll find longtime fan favorites Terese Nielsen, Dan Scott, and Steve Prescott ready to sign your cards; eight top-notch vendors ready to trade, buy and sell cards; and a great side event schedule covering all your favorite formats, including the new Super Sunday Series Championship. The SSS champion will win a trip to a VIP event experience in Seattle and battle for a share of the $20,000 prize pool.

The main tournament at Grand Prix Kansas City is open to Magic players of all ages.

Online Preregistration, Sleep-in Special, and VIP Service will be offered for this event—please visit the Legion Events website for full details. Playmats with Steve Prescott art and spin-down life counters will be given out to the first 750 players (while supplies last). All side events will have a Planeswalker Points multiplier of 3x.

Terese Neilson, Dan Scott, and Steve Prescott will be in attendance at Grand Prix Kansas City.