Kobe is a city rich with Magic history, having hosted the first Pro Tour to be won by a Japanese player (Masashiro Kuroda, 2004) and the largest Grand Prix in Japan to date (1350 players, 2001). This will be the fifth Grand Prix to be held in Kobe.

Kobe is the fifth-largest city in Japan, with a population of about 1.5 million. One of the first cities to open for trade with the West following the end of the Tokugawa Shogunate in 1868, Kobe has long been known as a cosmopolitan port city. The city is the point of origin and namesake of Kobe beef as well as the home of one of Japan's most famous hot spring resorts, the Arima Onsen. Other well-known locations in the city include the Ikuta Shrine, the Kobe Port Tower, and its large Chinatown.

The Magic: The Gathering Grand Prix tournament series is a great reason to get out of the house, catch up with old friends, meet some new ones, and play Magic. Grand Prix tournaments are world-wide open events that allow all Magic players to participate and experience the thrill of a large-scale competition. In addition to $30,000 in cash prizes, Pro Tour invitations for the top 4 finishers, and exclusive foil promo cards for participants, Grand Prix feature a host of other activities, including public events and artist signings. For information about Grand Prix in general and to see where other events are being held, check out the Grand Prix tournament schedule.

The head judge for Grand Prix Kobe will be James Mackay (Level 4, Australia).

All Public Events at Grand Prix Kobe will have a Planeswalker Points multiplier of 3.

Kobe Conundrum: Mox or Foil? Tournament
Registration: 12:00-12:30, ¥2000
Format: Swiss tournament with Top 8 playoff
The winner will have his/her choice of an Unlimited edition Mox Sapphire or a foil set of Dark Ascension as the prize for the event. The finalist will receive the unchosen prize. 3th and 4th place will each receive 36 packs of Dark Ascension.
Note: Depending on the number of players/rounds in the tournament, the Top 8 playoff may take place on Sunday.

"Standard Sealed" Challenge
Registration: 16:00-16:30, ¥2500; 128 players
Format: Sealed Deck using 1 booster pack each from Magic 2012, Scars of Mirrodin, Mirrodin Besieged, New Phyrexia, Innistrad, and Dark Ascension; 4-round Swiss tournament
All players will receive a random foil promo card for playing; in addition all players with 12 points at the end of the tournament will each receive an additional foil promo card. 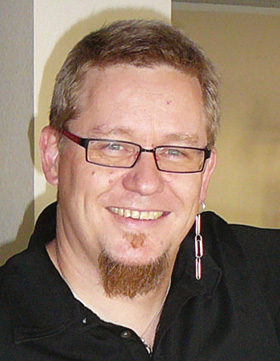 Franz Vohwinkel
Franz Vohwinkel studied graphic design in Darmstadt (Germany) and graduated in 1991. The same year he illustrated his first game "Drunter und Drüber", by Klaus Teuber. Since then he has illustrated and designed more than 200 board and card games. A long-time science fiction and fantasy fan, in 1996 he was offered the chance to illustrate cards for the Magic: The Gathering and Battletech TCGs, becoming the first German artist to work for these projects. Since then, the share of fantasy and science fiction illustrations in Franz's work has grown steadily. Over the years, he has also done illustrations for the Classic Battletech RPG, Dungeons & Dragons, L5R, A Game of Thrones, and many book covers. Some of his illustrations have also been represented in "Spectrum: The Best in Contemporary Fantastic Art". He has won the German Science Fiction - Kurd Lasswitz Award twice. Over the years he has done illustrations for more than 80 Magic cards. Since 2006, he has lived in Seattle, USA. 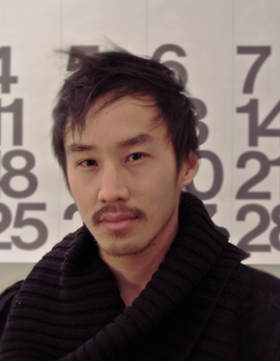 Ryan Yee
Coffee is practically a necessity for any busy artist and there is no exception even for illustrator Ryan Yee. By day Ryan is a video game concept artist for Schell Games in Pittsburgh, Pennsylvania and by night Ryan immerses himself in his fantasy illustration work for Magic the Gathering. Ryan’s first Magic card illustrations appeared in M11's core set. It was not until Commander and Innistrad that his works started to garner a lot of accolades. Highlight illustrations include Endless Ranks of the Dead, Moonmist, Paraselene, and Command Tower. Players can expect to see Ryan’s name on a number of cards being released in 2012 and beyond. If asked over a cup of coffee, Ryan will often mention Magic illustration legends Justin Sweet, Todd Lockwood, Jon Foster, Donato Giancola, Raymond Swanland and Jason Chan as a few of his favorite card illustrators. One of the biggest rewards for Ryan is the opportunity to meet and engage with Magic players from all over the world. He is very excited to travel to Kobe, Japan for this year's Grand Prix.