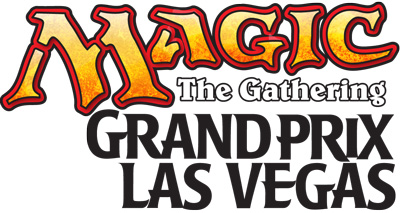 ATTENTION: Due to the high number of attendees anticipated at this event and in order to ensure a quality experience for all players, Cascade Games will be capping the participation at 4,500 players.

Preregistration for Grand Prix Las Vegas can be done at the Cascade Games website and will remain open until 9 p.m. PT on Thursday, June 20 or until 4,400 players have preregistered, whichever comes first. This ensures that a mininum of 100 seats are reserved for on-site registration on Friday. Those seats will be offered on a first-come, first-served basis. On-site registration will remain open until Friday night at 8 p.m. or until the cap is reached, whichever comes first.

There will be no registration for Grand Prix Las Vegas on the morning of Saturday, June 22, as previously announced. This will allow the tournament to start as close to the announced start time as possible while ensuring the best possible experience for all those who attend.

Magic: The Gathering returns to Las Vegas after more than a decade with the only Modern Masters Sealed Deck / Booster Draft Grand Prix in the world! This event is open to the public and allows casual and competitive players to participate in a large event celebrating Magic's ode to Modern with this one-of-a-kind event. Planeswalker Point multipliers of 8x for the main event and 3x for all other events will pump your point totals like no other weekend. Bring the whole family out for a summer vacation in the gaming capital of the world!

We have a very special free Modern Masters Mega Mini-Masters tournament for registered or preregistered players onsite at noon on Friday, June 21! For this single-elimination event, you'll get one booster pack plus 15 land for your initial deck, and you'll get a new pack each time you win to revise your deck!

Cascade Games has special events planned all weekend to cater to every type of Magic enthusiast. National dealers will be on hand to sell you the sought-after cards you need to finish out your favorite decks. Acclaimed artists will also set up shop to meet their fans, sign cards, offer sketches, and other exclusives. Whether you want to challenge hordes of other players for Grand Prix supremacy or just spend a relaxing weekend playing casually with other gamers, Grand Prix Las Vegas has something for you.

The main tournament at Grand Prix Las Vegas is open to Magic players of all ages.

Cascade Games has an amazing artist alley for Grand Prix Las Vegas. Check the Cascade Games site for more updates about these artists and other exciting opportunities.

The Electric Daisy Carnival is in Las Vegas the same weekend as Grand Prix Las Vegas. Book your travel and accommodations early, as availability may be limited closer to the event.