Travel to London not only to catch the Royal Wedding, but also to take part in a weekend of serious Magic fun with a bunch of exciting things to do!

Join the fun in Public Events including Grand Prix Trials, Super Friday Night Magic and a Magic Game Show hosted by Richard Hagon on Friday, 8-player pick-up games, casual Standard dueling, a Pro Tour Qualifier, a Legacy tournament and more. Meet Magic artists and get your cards signed. Battle against a Pro player in the ‘Spell Slinging’ (if you beat him, you win a booster!) or try out Duels of the Planeswalkers. Or take part in the main tournament and get a cool foil Maelstrom Pulse promo card and a Planeswalker deck box!

Whatever you want to do, Grand Prix London will be a weekend to remember! 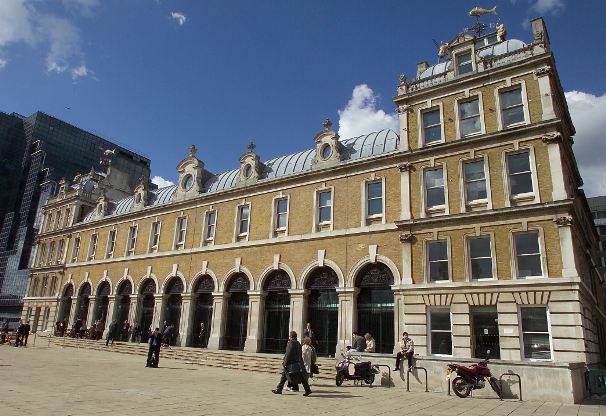 The main tournament at Grand Prix London is open to Magic players of all ages.

Magic artists Mark Tedin and Daren Bader will be in attendance.

Mark Tedin
Mark came on board as a freelance artist at Wizards of the Coast in the summer of 1992. Since then, he's contributed artistically to nearly all the fantasy/adventure games the company produces, including most sets of Magic: The Gathering. When Mark's not working on Wizards of the Coast projects, he enjoys hanging out and drawing in Seattle cafes, designing sets for theatrical productions, or going to science fiction movies. In fact, it's Mark's fondness for the worlds of science fiction and fantasy that helped shape him into the artist he is today.

From 1997-2000, Mark also worked on site at Wizards of the Coast as a staff conceptual artist. Since then, he's also been teaching illustration, visual composition, and figure drawing part-time at the Northwest College of Art near Seattle.

Daren Bader
For the past 17 years, Daren has been an art director for the video game and entertainment industry, working with a large variety of companies, including Disney, Nintendo, and Capcom. Currently he is the Senior Art Director for Rockstar San Diego where he recently finished art direction for the critically acclaimed Red Dead Redemption. On the weekends, Daren is a freelance illustrator for various trading card games such as Magic: The Gathering, amassing well over 200 cards in the field. He has also done the occasional book cover, including a series of covers for fan-favorite R.A. Salvatore. Daren lives in northern San Diego with his wife and son.

Join the Fun in the Magic Game Show!
On Friday at 20.00h we start the Magic Game Show with our host Richard Hagon. It’s a Magic quiz you can participate with a team of 1 to 4 people. All you need to do is bring your friends! Registration is free and you can win some cool Magic goodies.

Spell Slinging: Play Against Magic Champions
Want to see how you fare against the Magic champions? Come to the Spell Slinging area and test your skills against top pro players for free. If you beat the champion, you get a Mirrodin Besieged booster!

On Friday April 29, Prince William and Kate Middleton are to marry at Westminster Abbey. This day has been declared a bank holiday in celebration. Public transportation might be crowded and flights to London and hotels in the area will quickly fill up. So book early to avoid disappointment, and check travel routes to the venue in advance.

The tournament location Old Billingsgate is easily accessible from anywhere in the city. For more information on how to get there, please see www.oldbillingsgate.co.uk/.

If people want advice about travelling into London to source their own hotels, they should visit here.

There are two tubes lines that are operating with no expected problems on the weekend of the Grand Prix. The Northern line runs from South Wimbledon Station to Monument Station with a total journey time of around 40 minutes including a short walk to the venue.

In South Wimbledon there are several hotels:

The Central line runs through North East London. From Woodford Station to Bank Station the total journey time is around 35 minutes including a short walk to the venue.

These hotels are not endorsed by or affiliated with Wizards of the Coast. Hotels will accept reservations subject to availability of rooms and rates.