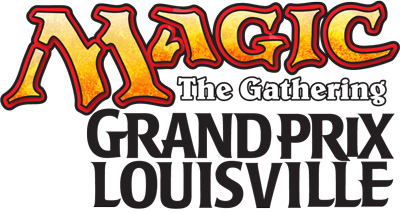 Kentucky. Home to the Kentucky Derby, the Louisville Slugger, and now the site of one of Magic's largest weekends of fun and competition when the Grand Prix weekend fills the halls of the Kentucky International Convention Center in Louisville. Located 15 minutes from the airport and less than 6 hours from Chicago, Indianapolis, Atlanta, Memphis, Cleveland, Cincinnati, Columbus, St. Louis, Detroit, Pittsburgh and many other cities, Grand Prix Louisville is set up to be an incredible weekend.

Starting with events at noon on Friday — including fun, casual events and competitive events — join us for a Magic filled weekend of Standard, Grand Melee, Booster Drafts, Sealed Deck events and so much more. Be sure to check out the full schedule, because you will not want to miss a minute from when doors open on Friday until we leave late into the day on Sunday.

There will be artists and vendors from all over the country in attendance to make this a Magic festival. Come for the fun and leave with great promotions and prizes, including playmats, foil sets of Magic, uncut sheets, boxes of boosters, and so much more!

The main tournament at Grand Prix Louisville is open to Magic players of all ages.

Along with the main event, there are additional side-event tournaments to play in at a Grand Prix. Listed below are the side events offered at all Grand Prix on Friday, Saturday, and Sunday. Additional events and a full schedule can be found on the Pastimes website. All side events will have a Planeswalker Points multiplier of 3x.