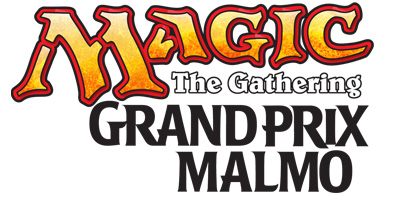 Malmo is one of the great cities of Northern Europe. It is a stone's throw away from Copenhagen, Denmark and therefore benefits from the eclectic mix of people that a border town brings. It is a place where the future meets the past as the surging nightlife takes place among the historic buildings of the city.

Take part in Grand Prix Malmo for the debut of the Avacyn Restored set at the Grand Prix level!

The main tournament at Grand Prix Malmo is open to Magic players of all ages.

Judges
The Head Judges for this event will be Frank Wareman and Jurgen Baert.

In addition to the main event, there will be Magic tournaments in a variety of formats running from Friday to Sunday. More Information on Public Events, Artists and other attractions will be published by Gordian Knot Games on their website.

Arriving by Plane
Brussels Airport (Air France, Lufthansa, British Airways, KLM, Easy Jet ...) is situated in Zaventem, on the outskirts of Brussels. From Brussels Airport it is possible to travel to Ghent by train, every 15 minutes.

You can also fly to Brussels-Charleroi (Ryan Air, WizzAir, Jetairfly). From Charleroi Airport, you can take the bus to Brussels Zuid/Midi Station (a 45 minute ride) for only 13 EUR, which runs every 30 minutes.

Also from the Airports of Lille, Paris, Amsterdam, you have direct trains to Ghent.

Arriving by Train / Tram
Ghent has direct rail connections to all major Belgian cities and Brussels Airport is only 40 minutes away by train. Ghent has two railway stations: Gent-Sint-Pieters and Gent-Dampoort. Most trains to Ghent arrive at Gent-Sint-Pieters. This station provides easy access to all parts of the city centre, as well as to Flanders Expo. Take the Tram line 1 (direction Flanders Expo) up to the final station at Flanders Expo, in front of Hall 3. It's only a 5 minutes drive.
www.nmbs.be and www.delijn.be for more information about Public Transport in and to Ghent.

Arriving by Car
Ghent (and Flanders Expo) is situated at the crossing of the E17 (A14) and E40 (A10) highways. When driving to Ghent, follow the signs "EXPO", and take exit "Sint-Denijs-Westrem / EXPO" at the E40. This exit is situated next to a sky craper and the IKEA, very recognizable. Once you took the exit, you can follow the parking signs of the expo. Park your car, and follow the signs to Hall 3 by foot.